×
The Importance of Patience in Spiritual Warfare

The Importance of Patience in Spiritual Warfare

Presumption May be the Cause of Unrest in Intercession 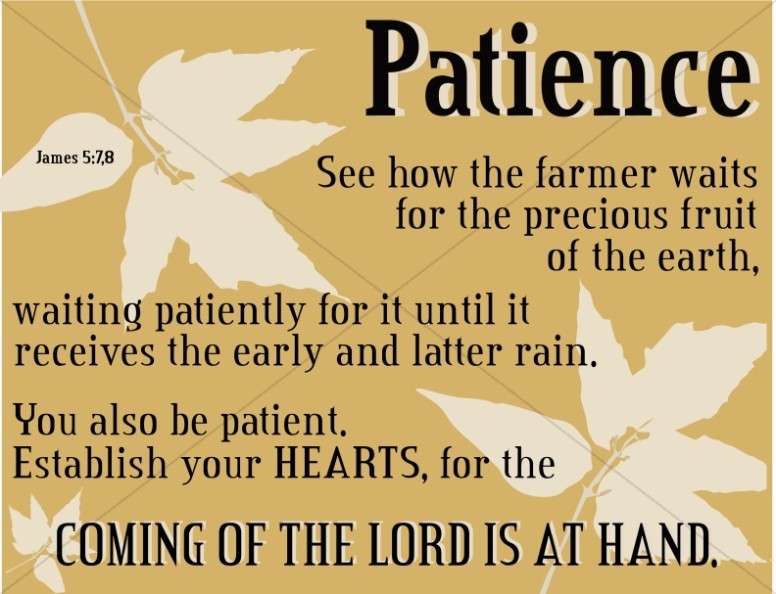 When one participates in spiritual warfare the whole issue of assignment and jurisdiction is critical. Waiting to ascertain His personal assignment is a part of patience. Casualties have been inflicted by the enemy when presumption has taken on territory wherein one does not have jurisdiction. It is like a sheriff who is not in his own county trying to arrest someone over whom he has no jurisdiction or authority. He is not in his assigned territory.

In Bill Johnson's book When Heaven Invades Earth, another metaphor--the storm, helps clarify this principle. The “perfect storm” for maximum effectiveness is the storm “one can sleep through” Jesus was sleeping through the storm which the disciples thought would kill them. He could sleep because he had authority over the wind and waves. When the waves are about to sink the boat in a stormy backlash of counter attack from the enemy, one must fearlessly declare God's kingdom will, yet be able to sleep in the midst of the storm. If that is not possible, perhaps one has stepped out of the area of jurisdiction wherein they have authority..

Patience waits for God's assignment, it does not presummptuously take on giants not assigned by the Lord. Johnson feels that Jesus rebuked them for their lack of faith because he expected them to exercise the authority in this jurisdiction based on the fact that the Lord was in their boat. It is not what one has in the boat, it is whom one has. Knowing one's assignment would include the kingdom authority and jurisdiction along with kingdom provision to get it done.

Speaking of assignments, there is no such thing as a spiritual gift of intercession. As far as one can discern from Scripture, that is every believer's responsibility and privilege. Sadly, in many churches prayer groups gather, so far so good, but often others think that prayer is covered since there is a group doing that already. It is time to give congregational prayer back to the people by incorporating it into our public worship services. There ought to be times when everyone is praying together out loud. No, God is not hard of hearing, but believers need to participate together in choirs of prayers ascending before the throne room of God. There is no such thing as a silent decree. When the Kings will is decreed, it is read out loud. Prayers need to be vocalized, not merely thought.

Knowing one's prayer assignment would keep one from entering into presumption where pride speaks rather than humility. The Spirit assigns prayer for specific areas on peoples hearts...often with compassion. An absolute requirement of prayer warriors is to be continually cloaked with humility, moving in authority, but totally aware that it is delegated authority.

David did not presume to take King Saul's armor. It did not fit him. He took the weapons with which he had developed accuracy and skill and boldly trusted in the God who had delivered the bear and lion into his hands. He cried out in Psalm 35, “Contend O Lord with those who contend against me; fight with those who fight against me!” It was the angel of the Lord driving away his enemies(6). He exclaims that there is no one like the Lord who delivers the weak from those too strong for him (10). It was David who prayed for the Lord to keep him from presumptive sin.

But the other side of the coin is rarely discussed. As Pastor Johnson concludes, the church talks mostly about presumption and not enough about boldness and courage to step into the areas of authority and jurisdiction given to believers by the finished work of the cross and resurrection. There are times when faith ought to rise up and declare and decree the will of God as one discerns it from Scripture and from those current urgings of the Spirit. It is not as hard to discern as often thought. If one is praying His kingdom will to be done on earth as in heaven, simply ask if this circumstance lines up with what is in heaven. If not, declare God's will. It is up to Him to perform His will, not us. And that is where patience is required and why rest is available as one prays.