Bible study on the book of James 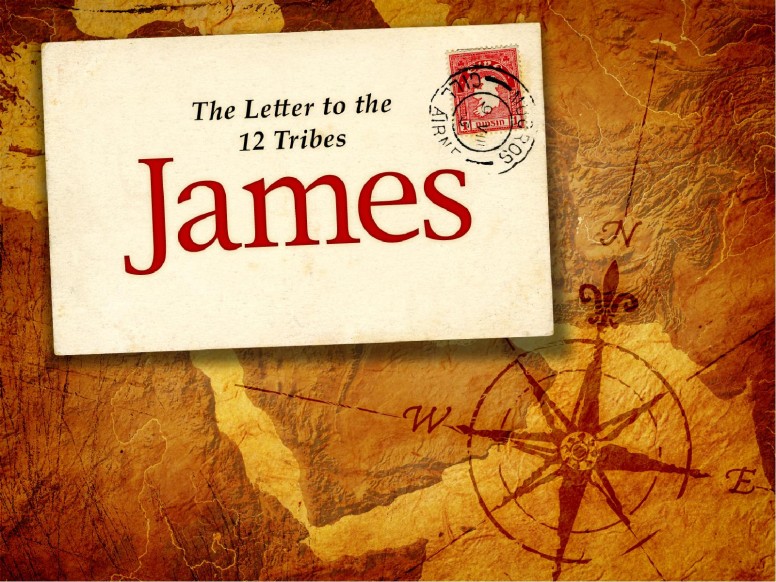 The writer of the book of James identifies himself as such, although he does not specify his connection to the first century believers. Biblical scholars agree, however, that James, the brother of Jesus, wrote this book. Its style is similar to the speech given by James before the apostles and elders of the church in Jerusalem, as recorded in Acts 15.

If indeed this book was written by James, the Lord's brother, it is apparent that he made an incredible spiritual transition after the ministry of Jesus. James was not credited as a follower of Jesus during His ministry, but when Jesus appeared to him after His resurrection, James embraced Him as his Savior. James went on to become the leader of the church in Jerusalem, during which time he wrote his letter, the book of James, to the Jewish Christians who lived outside of Jerusalem.

Rather than addressing Christian doctrine, James' letter clearly outlines the practical principles of Christian living. He recognized the lordship of Jesus Christ, and desired that all believers apply His teachings to their everyday life. James made several strong points that are still good instruction for Christians today:

How to Face Trials
It was the responsibility of every believer to walk through the trials that tested their faith and not give up. Only through this process could they mature spiritually. And as for the trials of temptation, no man is ever tempted by God, but rather by their own evil desires. Knowing that only good comes from God, believers could recognize that the real enemy of their soul was Satan.

The Importance of God's Word
James' charge to the first century believers was for them to receive the Word of God with humility. But to just hear the Word wasn't enough. The believers also had to become doers of the Word. The blessing that comes with obedience is awarded only to the faithful follower of the commands of God.

How to Handle Relationships
James exhorted the believers to refrain from partiality in their dealings with the various social classes. To show special preference to a rich man over a poor man broke the second greatest commandment, “love your neighbor as yourself.” For those who were careful to follow the law yet singled out an individual based on their apparent affluence made them guilty of breaking the entire law. It was not that they broke each individual law, but that their behavior is seen as an act of rebellion against the heart of God.

Faith Backed by Works
It was not enough to have a confession of faith alone. Faith that does not produce good works is a dead faith. James reasoned with the believers that even the demons claim to believe that there is one God, and they profess this with trembling. Yet the demons are not saved, simply because they speak their belief in God. The same is true for believers. To simply say they believe in God puts them at the same level with the demons. Good works are an outward display of the inward faith. This kind of faith is alive; it is a saving faith.

The Believer's Speech
Just as a small bridle can control a horse, and a tiny rudder can steer a ship, so can the tongue direct the soul of a man. James wrote the cold truth about the tongue: the power of life and death is in it. With it one could bless God, and yet curse their brother who was made in the image of God. It is as if both fresh and salt water is coming forth from the same well, or as if a fig tree is producing olives, or a grapevine bearing figs. The believer was not to use their tongue to speak evil, but rather to speak truth, to promote peace, and to bring forth the wisdom of God.

These themes make up the majority of the book of James. They were all teachings designed to aid in making practical and moral changes in the lifestyle of the believer. Among James' final exhortations included the call to resist the devil and draw near to God. With humility they were to present themselves before God. With fervency they were to hold each other up in prayer. And with truth they were to bring fallen brothers to repentance. By putting into practice the things that James wrote in his letter, the believers scattered throughout Judea could experience unity and blessing, and set in motion a godly example for the generations to follow.