Bible study on the book of Isaiah 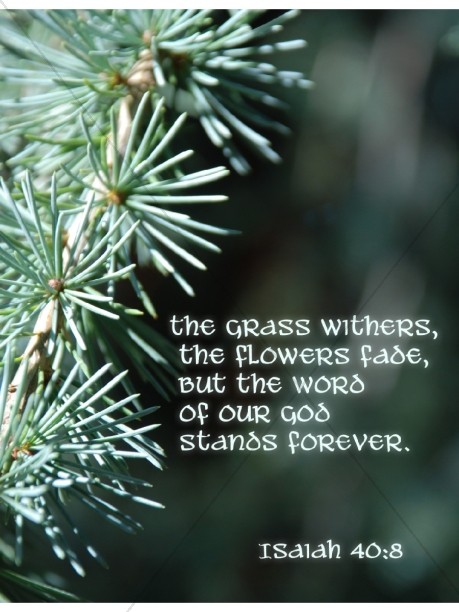 The book of Isaiah is the first book in a whole section of prophetic books commonly known as the Major Prophets. Each one targets a specific kingdom of Israel, either northern or southern, and speaks a specific message to God's people. To some, God spoke messages of His love, to comfort the poor and fatherless. To others He spoke messages of hope, to encourage the captives. But perhaps the most disturbing messages are those of coming judgment. God desired that His people have every opportunity to turn from their sins. For this reason He sent His prophets to minister to Israel, to bring them to repentance. One such prophet was Isaiah, whose message was clear: repent and live.

Although Isaiah is found after Song of Solomon, its events actually take place many years later, during the reigns of the kings Uzziah, Jotham, Ahaz and Hezekiah, all of whom successively ruled the southern kingdom of Judah. During this time politically, both Israel and Judah had reached incredible wealth and power. Unfortunately, they also had declined spiritually, giving in to division, idolatry and immorality. The decline began nearly 200 years before, following the reign of King Solomon, the son of David.

After Solomon died, his son, Rehoboam became the next king. But his rival, Jeroboam, who had been one of Solomon's servants, enthroned himself and took 10 of the 12 tribes with him, forming the northern kingdom of Israel. It was during Jeroboam's reign that Israel succumbed to blatant idol worship, and they never recovered spiritually. The southern kingdom, Judah, had maintained Judaism somewhat, but began a slow spiritual decline. The wealthy oppressed the poor, many of the women had abandoned their families to follow fleshly pleasures, and much of the priesthood, even the prophets, became drunken pleasure-seekers.

It had become obvious to Isaiah that Judah had so completely violated the covenant God had made with them that destruction and captivity were certain for Judah, just as it had been for Israel. This is the heart of the message that Isaiah brought to the people of Judah. Isaiah blasted into the darkness of the foul sins of Judah, calling the people and leaders alike to repent of their ways and return to God. To those who refused, he warned of coming judgment.

One such prophetic message included the fall of Lucifer, the Morning Star. He was the most beautiful of all the heavenly beings, and yet pride overtook him. As a flash of lightening, he was cast out of heaven, taking a third of the angels with him, never to return. Satan, as he is now named, became the adversary of both God and men. He has been the great deceiver of men throughout all ages, and the Israelites were not exempt.

Masquerading as a giver of unrestrained religion and unending sexual freedom, Satan led the people of both Israel and Judah into insurmountable sins. Ultimately, God handed the northern tribe over to the Assyrians who killed the people, burned their homes, and took with them captives who would never again see their homeland. As for Judah, their destruction was sure to be just as certain and just as ruthless if they did not repent. Interestingly, the only things that prolonged the promise of coming judgment were the reprieves of righteous kings that led the people back into the ways of God, and the covenant God had made with David for a King who would come and establish His throne forever.

Amidst all the wickedness and spiritual debauchery, God had not forgotten His promise. This promise is re-established in one of the greatest prophetic messages found in Isaiah 9:6: For unto us a Child is born, unto us a Son is given; and the government will be upon His shoulder. And His name will be called Wonderful, Counselor, Mighty God, Everlasting Father, Prince of Peace. This gave the people of Judah a clear picture of the One who was to come, and it showed them who He was and what He was about. He was the Promised Seed of Genesis, the coming Messiah, who would one day free His people forever from their bondage to sin.

But after Isaiah's warnings of coming judgment, God raised up another prophet who spoke with even greater intensity. As the end came nearer, God's messages became more fervent. It is with this intensity that God, through the prophet Jeremiah, gave Judah one last opportunity for repentance.