The Queen of Persia Saves the Jewish People 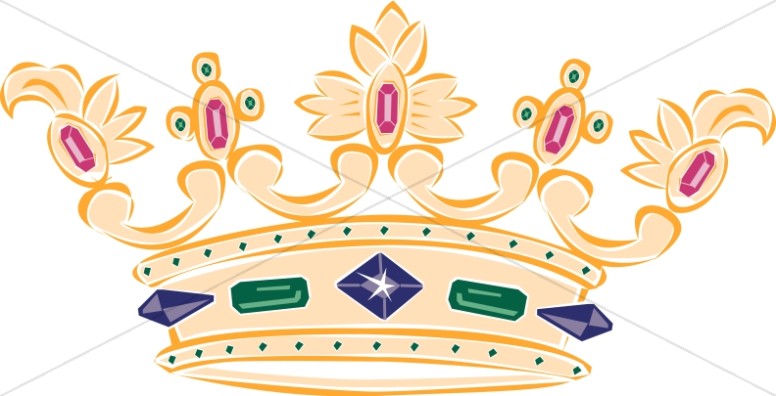 Although the book of Esther never mentions God, His imprint is obvious. Because of the watchful care of His people, God ensured their survival during intense political and spiritual upheaval. The voice of God is never heard in the book of Esther, nor is His name ever mentioned, but His hand is seen moving through two seemingly random individuals who were brought to Persia for just such a time.

Mordecai and Hadassah were an odd pair with an amazing, God-ordained purpose. From the human perspective, they were two of the most unlikely people to be used by God to play a major role in the salvation of His people. Mordecai was a descendant from the tribe of Benjamin, an Israelite. He still lived as an exile in Persia, though many Israelites had returned to Jerusalem nearly 50 years before. Hadassah, whose name was changed to Esther, was Mordecai's orphaned cousin whom he adopted and cared for as his own daughter.

Both Mordecai and Esther were misplaced strangers in a land not their own, subject to the impulsive demands of Ahasurus, king of Persia. But they were a dynamic team who together brought down the most heinous enemy of the Jews, Haman the Agagite, and prevented the destruction of the entire race of Jews still living in Persia at that time.

The book of Esther tells the story like a graphic novella: intriguing people, luxurious places and delicate protocol, mixed with emotions and difficult decisions, all during a turbulent political setting. King Ahasurus, during a time of impending war, had deposed his wife, Queen Vashti, because she had refused the king's request to appear before his prominent guests at a formal banquet. This event prompted a search for a more submissive and obedient young woman to be queen. Esther was among the young women chosen to appear before the king as a possible candidate.

When Esther was chosen as the next queen of Persia, Mordecai advised her not to reveal her heritage to the king, as protection for both her and her people. But from God's perspective, Esther was not to merely replace a disobedient queen. As time progressed, her royal position provided her with subtle influence over King Ahasurus; influence that served her well in the months to come. Haman, an Agagite, was the king's right hand man, and he hated the Jews. His hatred grew when when Mordecai, who was himself a Jew, refused to bow to pay homage to Haman as he passed by. When Haman discovered that Mordecai was a Jew, he manipulated the king to issue a decree that called for the execution of all Jews living in Persia. King Ahasurus was unaware that his queen was also a Jew, so he agreed to the execution.

But these events did not catch God by surprise. Although Haman was also unaware of Esther's Jewish heritage, the timing of her entrance as queen was appointed by God so that not only would His people be spared, but their greatest enemy would be destroyed. When both Mordecai and Queen Esther were notified of the decree by the hand of Haman, they set aside time to pray and fast, knowing that they were going up against the second most powerful man in the kingdom. Neither of them feared the consequences of broken protocol, nor the responses of men, but instead they moved in faith to overthrow Haman's devious acts against the Jews.

Although Esther had not been summoned, she risked her life to go before the king to intercede for her people. When the king realized what Haman had done, the king commanded Haman be hanged on the gallows that had been built for Mordecai. Mordecai was then promoted to Haman's position, and given his house and all of his possessions. But none of these acts could reverse the decree for the execution of the Jews.

However, a new decree was issued allowing every Jew in Persia to arm themselves in defense against anyone who tried to kill them. One year later, on the day that had been appointed for their execution, the Jews were able to defend themselves, and thus preserve their lives. God's plan had been fulfilled, and His people could now live in peace.

The book of Esther is chronologically the second to the last book in the Old Testament that records the events of the lives of the Israelite descendants. During the time when the returned exiles were settling in Jerusalem after rebuilding the temple, God was preparing the way for Esther to become queen of Persia. Although many of God's people had returned to their homeland, He had not forgotten the remnant that still remained in the foreign land.

After the book of Nehemiah, the accounts of the Israelites do not resume until the coming of John the Baptist in the New Testament. Despite this fact, Esther is not one of the final books of the Old Testament. Instead, it is positioned at nearly the center of the Old Testament. After Esther, the Old Testament then moves into what are called the Poetic books that, chronologically, take the reader back to the time before Israel began. This is where the next book, the book of Job begins.