Bible study on the book of 2 Corinthians 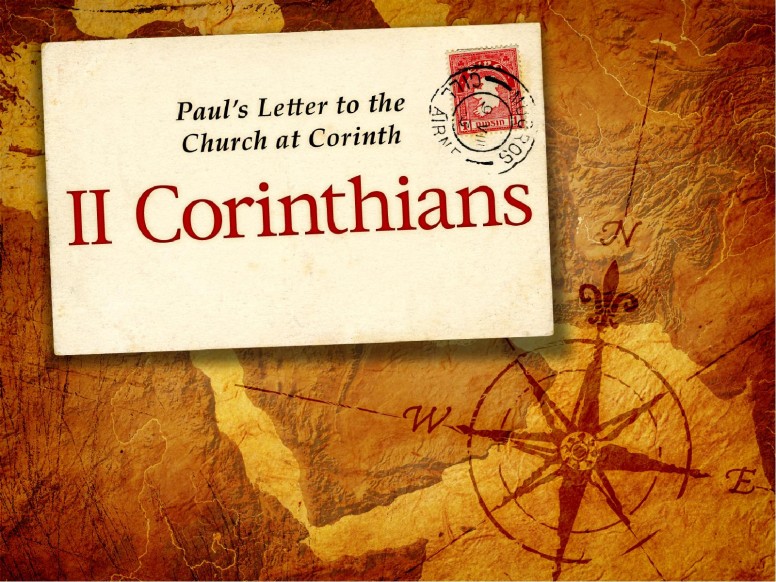 The book of 2 Corinthians was a letter written by the Apostle Paul during the first-century church. He wrote this second letter to the believers in Corinth to not only reinforce what he had written in his first letter, but also to also offer additional instruction so that they could maintain a healthy spiritual balance. But the overall purpose of this letter was to comfort them after Paul's initial scathing rebukes. It was not his desire to isolate them as if they were non-reconcilable, but to correct their way of thinking before apostasy overcame the church.

As a result of his first letter, as recorded in 1 Corinthians, many of those who had wandered away from the truth had come back to the foundations of their faith. But there still remained a rebellious minority who opposed Paul's authority. This minority continued to cause ripples of division among those who continued to remain faithful to Paul, and faithful to the teachings of Jesus Christ.

It was apparent that, just as in the book of First Corinthians, many of the practices of the Corinthian culture continued to be a temptation to them. According to reports given to Paul by Timothy, his disciple and son in Christ, and Chloe, a member of the Corinthian church, many of the believers had left behind much of their faith to seek after the affluence and intellectual philosophies that the Corinthian culture offered. This caused divisions in the church and opened the door to sinful practices. The overall problem included an offender within the church who became entangled in fornication with his father's wife. It came to Paul's attention that not only was the church aware of the offender's actions, but they condoned it by not confronting such wicked conduct. But as a result of his first letter, it appeared as if his reprimands had re-awakened them to the spiritual truths that they had abandoned. The Corinthian church took disciplinary action against the offender, and therefore regained their spiritual purity.

Unfortunately, from Paul's perspective, their discipline may have been too severe, for he was concerned that if they were to shun the offender for much longer, he would be overtaken by sorrow. Paul was providing the Corinthian church an example of Godly restoration when it comes to church discipline. Just as he had reassured them of his love and concern after rebuking them for their behavior, they, too, were to reassure the offender of their forgiveness and love so that he could be restored back into fellowship with them.

There were some who opposed Paul's teachings, claiming that his letters were powerful, but that he lacked public speaking skills. The Corinthians prided themselves in their ability to use eloquent speech to influence or persuade others to follow their lead. While it worked for many, Paul successfully defended his authority by responding to their jabs and sneers with plain spiritual truth and the Word of God. He confirmed that he had been appointed as an apostle by Jesus Christ Himself and that his conduct as such, while absent and present, was physical evidence enough of his authority among believers.

In his second letter to the Corinthians, Paul revealed his love for them, his desire to bring glory to the name of God alone, and his unwavering faithfulness to the truth of the gospel, regardless of opposition.