×
How to Celebrate Labor Day?

How to Celebrate Labor Day?

What is Labor Day and When Is It Celebrated? 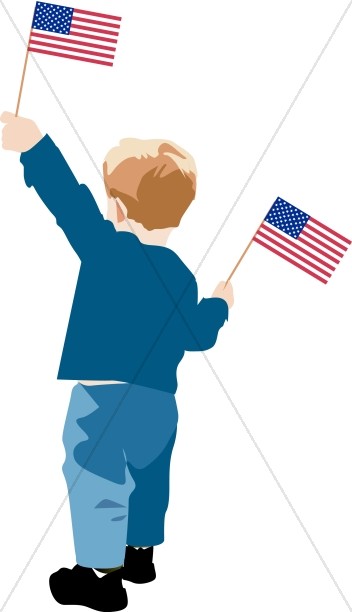 Labor Day weekend celebrations have included a wide variety of activities over the years. Since the first Labor Day parade in New York City in 1882, Americans have prided themselves in the traditional barbecues, fireworks, picnics, water recreation, and the like. Originally designated as an official day off for the American worker, Labor Day has proven to be a recreational holiday across the country, with political themes and appearances by candidates for office in election years. But aside from the time-honored eat, play, and celebrate activities, there are many long-standing events that take place on Labor Day weekend, ones that many avid fans look forward to at the close of every summer.

The first and perhaps oldest event was the running of the Southern 500 at the Darlington Raceway in Darlington, South Carolina. For die-hard race fans, this was a 500-mile NASCAR Winston Cup race that was held on Labor Day weekend from 1950 to 2002. It was NASCAR's first and only 500-mile race until the introduction of the Daytona 500 in 1959. The Southern 500, formally known as the Mountain Dew Southern 500, was viewed as a premier event and watched by thousands of racecar fans across America for decades.

In 2004, the Southern 500 was moved from Darlington to Auto Club Speedway in Fontana, California. But in 2005 it was removed from the NASCAR circuit altogether, causing tremendous disappointment to the Southern 500's more traditional fan base.

The next oldest Labor Day event is the Mackinac Bridge Walk, held every Labor Day since 1958 in Michigan. Mackinac Bridge is a suspension bridge that connects Mackinaw City and St. Ignace across the Straits of Mackinac in northern Michigan. This crossing used to be connected via ferries, but on November 1, 1957, Mackinac Bridge was opened. The following year, 68 people walked the nearly five-mile bridge, instituting the first of Michigan's annual Labor Day celebrations.

Today, an average of 50,000 to 60,000 people from all surrounding counties walk the bridge on Labor Day, led by the governor of Michigan. Pedestrians are prohibited from walking the bridge, but the Mackinac Bridge Walk is the only exception to this rule. Every year, one of the two northbound lanes is opened to the southbound walkers, while the other northbound lane is left for vehicular traffic.

The next oldest Labor Day event, and perhaps the most well-known to American television viewers, is the annual telethon of the Muscular Dystrophy Association (MDA). Hosted by Jerry Lewis, the telethon has been running since 1966, raising tens of millions of dollars every year to help fund research and patient support programs for Muscular Dystrophy and its associated diseases. In 2007, the annual Labor Day telethon raised a record $63.7 million. Jerry Lewis has supported the MDA since its inception, and has become such a forerunner for the telethon that children who receive support from the MDA telethon are referred to as "Jerry's Kids."

One of the largest Labor Day fireworks displays in the southern United States is part of an annual Labor Day celebration in Knoxville, Tennessee. Since 1986, spectators have flocked to Knoxville's Labor Day celebration called Boomsday. The entire weekend is filled with live music and other festivities including food, games, and street markets and booths. The fantastic display of fireworks is choreographed to patriotic and contemporary music, set off on Labor Day night from Henley Street Bridge near the Tennessee River. Today, over 350,000 people travel to Knoxville to be a part of the free annual event.

Every city in America has added its own flare to the Labor Day weekend, with all kinds of recreational activities for all ages. From boat races, to carnivals, to food fairs, and more, Labor Day has been and will continue to be a part of American culture, in celebration of the working men, women and children who helped build the nation.