×
Spiritual Warfare as a Christian Reality

Spiritual Warfare as a Christian Reality

The Ongoing Battle Between Good and Evil 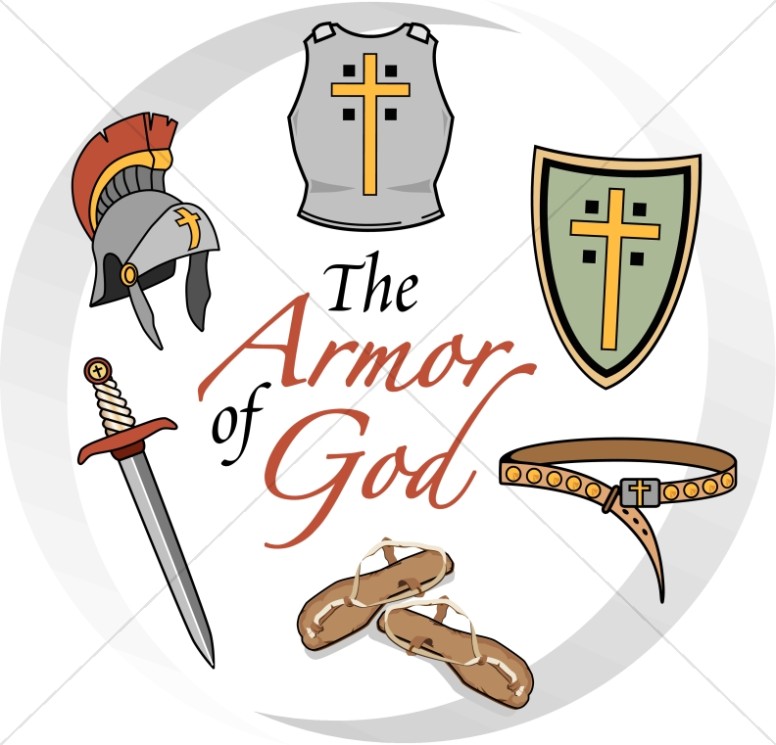 Who can forget the 1973 Academy Award-winning moving The Exorcist? Most moviegoers left the theater in pairs and locked their car doors for the ride home. After arriving safely, many went straight to their game rooms and destroyed the Ouija Boards given as birthday and Christmas presents. And some of those who watched Linda Blair's head spin full circle hoped and prayed they had been unsuccessful in their own attempts to connect with the dead using the Ouija's triangular planchette.

While getting rid of something that connects a Christian with the dark side is a great idea that requires immediate action, it is still not enough to protect a human from the spiritual battle at hand. Some say the battle that rages on in the unseen realm is between good and evil. Others talk of the battle between right and wrong, or between light and darkness. Still others say that positive forces wanting to preserve life must fight against negative forces that intend to disrupt or destroy life. But no matter how it is described, there is no question it is a Christian reality.

The Exorcist portrayed an extreme case of demon possession that required spiritual warfare through exorcism. Though contemporary Christians have been known to drive out demons and deliver people from major sin and bondages, the subject of spiritual warfare in churches doesn't always include such dramatic action. Spiritual warfare can also be waged through prayer, praise and worship.

Without doubt, the wellness of Christians as individuals and the health of the church overall depend on acknowledging that the battle exists and understanding how Satan works. It is also important that Christians make the choice to become active in the Army of God. In other words, become a true soldier.

While spiritual warfare is a Christian concept, it is also a reality in the life of unbelievers. They experience evil, but chalk up their troubles to hard luck, bad karma, misfortune, fate, coincidence, or to people in their lives and circumstances beyond their control.

One thing is for sure. Christians don't have the cunning, the strength or the stamina to fight the battle on their own. The only way a Christian can fight and win is to be strong in the Lord and the power of His might (Ephesians 6:10). According to Ray Beeson, founder of Overcomers Ministries and author of multiple books on spiritual warfare, including Strategic Spiritual Warfare, The Real Battle and Spiritual Warfare and Your Children, the battle requires that every Christian remember that Christ lives in them.

Beeson uses Galatians 2:20 as a foundation for his teaching. "I have been crucified with Christ; it is no longer I who live, but Christ lives in me; and the life which I now live in the flesh I live by faith in the Son of God, who loved me and gave Himself for me." Beeson also says that to win spiritual battles, Christians need the presence of God, they must guard their hearts and minds, and ask for help and support from fellow Christians.

While the making of the The Exorcist awakened an interest in spiritual warfare, it has been part of the Christian experience from the beginning. Even Jesus had to contend with Satan at the start of his three-year ministry, right after he was filled with the Holy Spirit. Luke 4:1-13 provides the account where Satan tempts Jesus for 40 days straight. Jesus combats the devil using a single weapon of spiritual warfare: The Word of God, straight from Scripture.

One of the first books written on the subject of spiritual warfare is The Christian in Complete Armour, published in the mid-1600s by the Anglican-Puritan writer William Gurnall. In his three-volume series, Gurnall stressed the importance of reading Scripture, prayer and calling on the name of Christ to protect souls and to counteract the plans of the enemy. If Christians needed information and instruction in those days, it is not surprising that Christians are in even more need today.

Satan and the other fallen angels have a purpose in attacking the human soul. The following is a partial list of what they hope to accomplish.


Whenever the concept of spiritual warfare arises, it is important that Christians understand how to fight battles in the unseen realm. Ephesians 6:10-18 describes the Armor of God and how to become an expert in spiritual warfare.