×
The Father's Heart: God as the Role Model

The Father's Heart: God as the Role Model

God as the Perfect Example to all Fathers 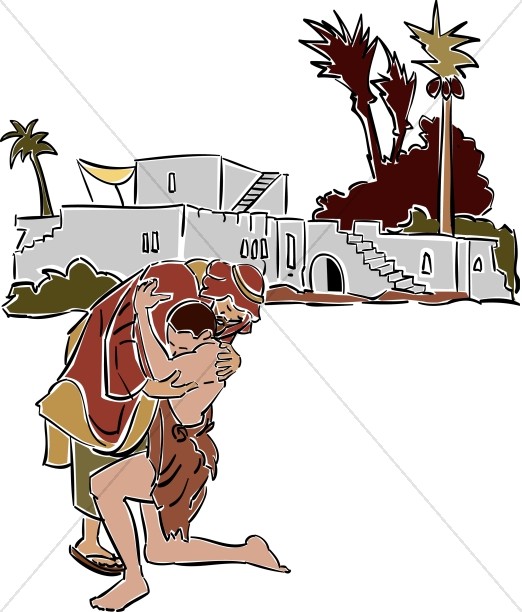 God prepared the immeasurable resources in the earth for the apex of His creativity ... His most exceptional, most cherished masterpiece, man. God lives in the high and holy place, Heaven of Heavens, and has angels praising and worshiping Him. But despite all of this, God wanted children, so He lovingly readied the earth to be the ultimate environment for man.

Instantly, the Father made sure man would have exquisite companionship and intimacy, numerous privileges and tremendous freedom, but not without accountability. Although perfection and Paradise was temporary, the forgiving Father didn't dwell on the failure, but quickly devised a plan to rescue His sons and daughters, making provisions and promises in the fullness of time that would reinstate them into Paradise.

Many people think of and define Father God according to their experience(s) or memories of their earthly fathers. If there are bad memories, or no memories, it is often difficult to understand the heart of the Heavenly Father. The Bible says He is "a father to the fatherless," and "the helper of the fatherless," in Psalm 10:14 and 68:5, and in Psalm 68:6 it says that He "places the lonely in families."

God loves all of His children equally, and doesn't play favorites. All that He has to give is available to all.

God is the ideal Father, the perfect example of and to all fathers. The Father provides, protects and keeps His promises. If necessary, He disciplines and corrects, shedding light on the error, but then always reassuring His children of His love. He never rejects or abandons them. The father listens and He is gracious, merciful and forgiving. He wants men and women to thrive, not just survive; to live life to the fullest with vibrant health and vitality.

It has always been the Father's heart for His children to have power, dominion and authority. He teaches them to triumph in Christ, be victorious in Christ, and be super conquerors through Christ. This is the heart of the Heavenly Father that is to be the template for earthly fathers.

Ephesians 5:1 instructs Christians to "be imitators of God, copy Him and follow His example, as well-beloved children imitate their father. This may seem like an impossible undertaking but it is certainly worth working towards. In a world with few respectable role models, who better to look to for ideas and inspiration than the Heavenly Father as He is revealed in the Bible?

One of the most well-known parables in the Bible is the story of "The Prodigal Son" recorded in Luke 15. The title for this narrative could be "The Forgiving Father." One of two sons asks his father for his share of his inheritance, then leaves home and promptly wastes it all on wild living. After a famine in the land reduces him to feeding pigs for a living, he becomes hungry enough that even the pig food is tempting to him. He remembers how good his life was with his father.

The son decides to return home, though feeling ashamed and foolish, and not worthy to be called a son. However, as he approaches the family property, his father, who had been watching for him, runs to meet him and welcomes him back home with a big celebration, saying, "This son of mine was dead and has now returned to life. He was lost, but now he is found." The emphasis in this message is not on the wastefulness of the son, but on the loving and forgiving father who regains his cherished son.

Perhaps there has never been another time in history when fatherhood has been so greatly needed. With ever-increasing divorces and broken families, Godly fathering needs to be learned, understood and practiced. The Heavenly Father had a book written that has the answers. Now is the time when Bible-believing Christian fathers need to connect and help others learn the heart and the ways of the perfect Father.