×
King Herod From The Bible

King Herod From The Bible

King Herod and the Herodian Dynasty 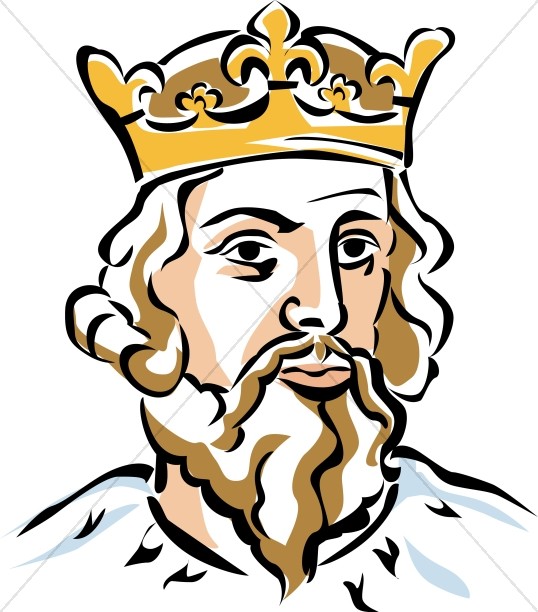 King Herod was not among the kings of Israel or Judah recorded in the books of Kings and Chronicles, but the Herods, of which there were several in the Bible.

Antipater paved the way for the Herodian dynasty. When Pompey conquered Judea, Antipater made an alliance with him. When Julius Caesar defeated Pompey, Antipater helped Caesar and was made chief minister of Judea. Antipater arranged to have his sons become governors over Jerusalem and Galilee. But the committed, non-Hellenized Jews hated his pro-Roman politics. He was murdered in 43 B.C.

Herod, later known as Herod the Great, became king over Judea. He is the king that the wise men of the east spoke concerning the birth of the King of the Jews. Herod was upset, and inquired of the chief priests where Christ was to be born. Herod then sent the Magi to Bethlehem, feigning the wish to also come and worship the new king. After the wise men saw the young child, they were warned not to return to Herod. Herod, learning that the men from the east had fled, was enraged. He sent out his soldiers to slaughter all male children two years old and under in Bethlehem and the surrounding neighborhoods. (Matthew 2:1-4, 7, 16) After ruling for about 37 years, Herod died at Jericho about 4 B.C.

When Joseph, Mary and Jesus returned from Egypt to Israel, Joseph “heard that Archelaus was reigning over Judea instead of his father Herod, he was afraid to go there. And being warned by God in a dream, he turned aside into the region of Galilee.” (Matthew 2:22) Herod Archelaus is only mentioned in Matthew 2:22. His territory included Judea, Samaria and Iduma with the cities of Jerusalem, Caesarea and Joppa. He married his brother's wife, something Herod Antipas also did later. Having been accused of cruelty by his subjects, he was exiled to Vienne, Gaul, in 7 A.D. after 10 years of governing, according to Josephus. Some scholars believe that the parable Jesus told in Luke 19:12-27 refers to Archelaus, whom the Jews did not want to rule over them.

Herod Archelaus' brother, Herod Antipas, was the son of Herod the Great and his Samaritan wife. Antipas was tetrarch (governor of a fourth part of a province) of Galilee during all of Jesus' life. He married the daughter of Aretas, King of Arabia, but later lived with Herodias, the wife of his own half-brother, Philip. This marriage with Herodias involved him in a war with King Aretas in which Antipas' army was defeated. It was this Herod who had John the Baptist beheaded (Matthew 14:1-12) at the provoking of Herodias. She had violated the law, leaving Philip to marry Antipas. John the Baptist confronted Antipas. “It is not lawful for you to have your brother's wife.” Herodias wanted John killed, but Herod respected John, “knowing that he was a just and holy man, and he protected him.” On his birthday, Herod gave a feast for his nobles and officers. Herodias' daughter, Salome, danced before Herod and his guests, and charmed Herod into offering her whatever she wanted. At Herodias' demand, Salome asked for the head of John the Baptist. (Mark 6:17-29)

It was before Herod Antipas that Jesus appeared and was brutalized. (Luke 23:7-12) Antipas had come to Jerusalem for the Passover, and he is named with Pilate as a persecutor of Christ (Acts 4:27). Herodias persuaded Antipas to go to Caesar and officially obtain the title of king. Reluctantly he went, but was betrayed by Agrippa I of conspiracy against the Romans. Caligula banished him to Lyons, Gaul in 39 A.D., and Herodias went with him. He died in Spain, the year unknown.

Herod Agrippa I was a grandson of Herod the Great. It was this Herod that had James, the brother of John, executed. He then imprisoned Peter intending to kill him, but an angel released him from prison. Like all of the rest, Herod Agrippa thought very highly of himself until one day, about 44 A.D., he made a public speech at Caesarea during a grand public festival. The people proclaimed him a god, and he was delighted. He died 5 days later of severe intestinal distress. (Acts 12:1-23)

Herod Agrippa II was the son of Herod Agrippa I and great-grandson of Herod the Great. It was before both Agrippa II and Bernice that Paul made his defense at Caesarea. At the end of Paul's testimony, Paul asked, “King Agrippa, do you believe the prophets? I know that you do believe.” Agrippa answered, “You almost persuade me to become a Christian.” Agrippa and Festus agreed that Paul had done nothing worthy of death. (Acts 25 and 26) After the fall of Jerusalem, Agrippa II lived at Rome where he is said to have died in either 92 A.D. or in the third year of Trajan, 100 A.D. Other scholars offer 71-72 A.D. as the date of his death. Regardless, Agrippa II was the last of the infamous Herods.