×
Did Noah Build The Ark?

Did Noah Build The Ark?

Noah's Ark Saves His Family and the Animal Kingdom 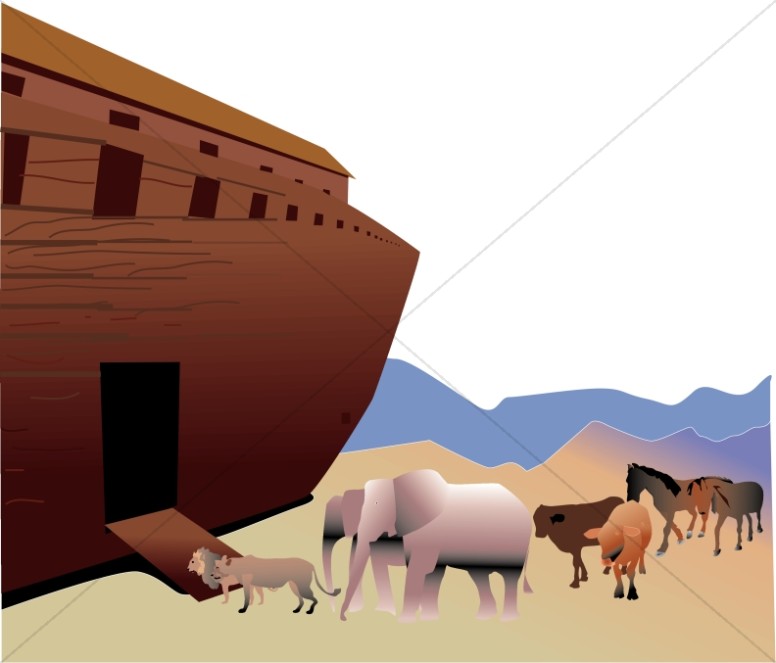 Only nine generations from Adam, Noah was the last of his kind; the last to live nearly a millennium. He saw the eradication of every living thing on earth and experienced the awesome power of God in a unique and spectacular way.

Noah lived with his wife and three sons, Shem, Ham and Japheth, and their wives. They were surrounded by thousands of people who were thinking, saying and doing vile and horrendous things. Noah didn't involve himself with any of the ways of those who surrounded him. He listened to another voice, the voice of God Almighty. Noah was a truthful and morally upright man, the only one who walked with God, the only one who found grace in the eyes of the Lord.

When Noah was 500 years old, God said to him, "The end of all flesh has come before Me, for the earth is filled with violence through them." God instructed Noah to build an ark, approximately 550 feet long, 92 feet wide and 55 feet high. And God told Noah why. "I Myself am bringing floodwaters on the earth, to destroy from under heaven all flesh in which is the breath of life; everything that is on the earth shall die. But I will establish My covenant with you; and you shall go into the ark -- you, your sons, your wife, and your sons' wives with you."

God told Noah to gather all living things, males and females, the clean by sevens, and the unclean by twos. He also told Noah to collect the required food for his family and the animals. He had 100 years to do it all. And, incredibly, Noah did all that God commanded him to do.

Peter would later reveal Noah as "a preacher of righteousness," speaking the Word of God to the people as he built the ark. Noah offered God's mercy, and even salvation, but no one was interested. When the ark was completed and the animals were collected and boarded, God told Noah to enter the ark with his household, saying, "For after seven more days I will cause it to rain on the earth forty days and forty nights, and I will destroy from the face of the earth all living things that I have made."

According to God's Word, the windows of heaven opened and it rained for forty days and nights, and the deluge "prevailed exceedingly on the earth, and all the high hills under the whole heaven were covered." The water covered the earth for 150 days before it began to decrease. In the seventh month, the ark came to rest in the mountains of Ararat, where Noah and his family waited. The waters continued to subside, and in the tenth month, Noah saw the tops of the mountains. Eighty one days later, Noah and his family planted their feet on dry ground, having spent about 14 months in the ark. Only Noah and those who were with him in the ark remained alive.

Immediately after Noah left the ark, he built an altar to the Lord -- the first altar mentioned in the Bible. Noah then presented burnt offerings on the altar. So God blessed Noah and his sons, saying to them, "Be fruitful and multiply, and fill the earth." God then made a covenant with Noah and his sons to never again flood the earth and destroy it. God said, "I set My rainbow in the cloud, and it shall be for the sign of the covenant between Me and the earth."

Genesis teaches that Noah lived another 350 years after the flood, for a total of 950 years. Noah was uniquely honorable, and believed God's revealed Word at one of the most perilous times in the history of humanity; a time when the adversary of God brought mankind to an unprecedented point of degradation. Noah obeyed God in the midst of exceeding hatred and riotous rejection. As a result, the earth was repopulated and Noah's son, Shem, continued the lineage which ultimately produced the Lord Jesus Christ.