×
Moses and the Exodus of Israel

Moses and the Exodus of Israel

Moses Takes the Advice of Jethro, his Father-In-Law 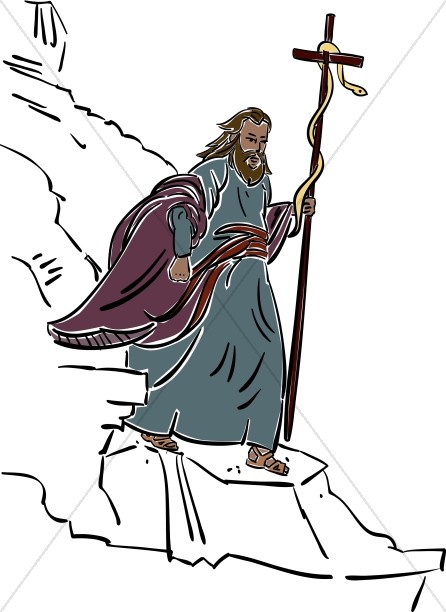 With the exception of Jesus, perhaps no person from the Bible is better known than Moses. The burning bush, confronting Pharaoh, the 10 devastating plagues in Egypt, the exodus, the parting of the Red Sea, the golden calf, manna from heaven all evoke images from De Mille's 1956 classic movie, The Ten Commandments, one of the most popular Bible movies of all time.

Psalms 105 and 106 recap the momentous events of Israel's exodus from Egypt, including their journeying and misadventures in the wilderness. Appropriately, Moses is one of the great believers mentioned in "The Hall of Fame of Faith" in Hebrews 11:23-29. In the early years of the first century church, when addressing the Sanhedrin (elders and scribes in Jerusalem), Stephen summarized the life and ministry of Moses in a succinct and powerful sermon. (See Acts 7:17-36).

Among the lesser-known events in the life of Moses and Israel's early history is the counsel given to Moses by his father-in-law, Jethro. It was not as dramatic as the pillar of fire, or other spectacular miracles, but Jethro's advice to Moses was powerfully effective, changing the way God's people governed themselves. Moses took Jethro's advice and established a pattern for church leadership which would become dynamically operative in the first century church.

After the exodus from Egypt and crossing of the Red Sea, Jethro returned to Moses with Moses' wife and sons. Jethro observed Moses in the wilderness trying to minister to hundreds of thousands of people. Jethro asked Moses, "Why are you trying to do this all by yourself, from morning until night?" Moses was pure-hearted and humble. He responded with his truth, which was to mediate problems and teach people the law of God and His ways. Jethro pointed out that Moses was going to wear himself and others out by continuing that practice. Jethro said, "This is too much for you, and you are not able to do it all alone!" Then Jethro gives profound guidance to Moses.

"Listen now to my voice; I will give you counsel, and God will be with you: Stand before God for the people, so that you may bring the difficulties to God. And you shall teach them the statutes and the laws, and show them the way in which they must walk and the work they must do. Moreover you shall select from all the people able men, such as fear God, men of truth, hating covetousness; and place such over them to be rulers of thousands, rulers of hundreds, rulers of fifties, and rulers of tens. And let them judge the people at all times. Then it will be that every great matter they shall bring to you, but every small matter they themselves shall judge. So it will be easier for you, for they will bear the burden with you. If you do this thing, and God so commands you, then you will be able to endure, and all this people will also go to their place in peace." (Exodus 18:19-23)

The criteria for spiritual leadership that Jethro set forth is still appropriate for the church today: capable men, that love, honor and fear God; men that love and live the truth but detest greediness and selfishness. Later, in 1 Timothy 3:1-7 and Titus 1:6-9, Paul sets church leadership standards that are strikingly similar to Jethro's.

"So Moses heeded the voice of his father-in-law and did all that he had said. And Moses chose able men out of all Israel, and made them heads over the people: rulers of thousands, rulers of hundreds, rulers of fifties, and rulers of tens. So they judged the people at all times; the hard cases they brought to Moses, but they judged every small case themselves." (Exodus 18:24-27)

Numbers 12:3 states that Moses was the meekest man on the face of the earth. Meekness is not weakness, but teach-ability or coach-ability, having the humility to hear, grasp the concept and perform the task. Moses recognized the sensible proposal when he heard it, and he carried out the wise guidance of Jethro. Moses acknowledged that Jethro was a man of God with maturity and wisdom. He realized that Jethro understood orderliness and organization, and had shepherding experience that was transferable to pastoring people. Moses knew he did not have all the answers, and was instantly willing to submit to and obey Godly input and direction from Jethro.