Michael as the Mighty Warrior Who Fights Evil 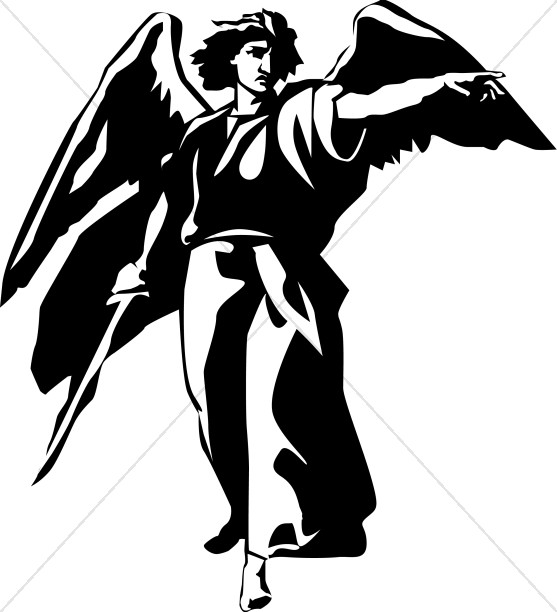 Michael is specifically named in the Bible as one of the archangels (Jude 1:9). The word 'archangel' is defined as "chief of the angels." This proves that there is a hierarchy in the heavenly realm, and Michael is one of those who is first in political rank or power.*

Michael is known as an angelic warrior, the captain of the angelic armies of heaven. This spiritual militia defends the children of God by waging war against Satan and his demonic forces. There are only a few sections of scripture that refer to Michael, but they say a lot about his role as one of the chief angelic beings.

Daniel the prophet had seen a vision that disturbed him. He understood what the vision meant, and he mourned and prayed for three weeks. His prayers were not immediately answered because of the spiritual warfare taking place between the messenger angel and the spiritual princes of the kingdom of Persia. After 21 days, Michael was summoned to the battle, and remained there to hold back the spiritual forces that prevented Daniel from receiving answers he was seeking.

Daniel 12:1
"At that time Michael, the archangel who stands guard over your nation, will arise. Then there will be a time of anguish greater than any since nations first came into existence. But at that time every one of your people whose name is written in the book will be rescued." (NLT)

This passage refers to a future event, the time when both the just and the unjust will be resurrected. The wrath of God is soon to be released upon the nations, but those whose names are written in the Book of Life will be saved. In these verses, Michael, the prince of the nations who watches over God's people, is responding to the new call of action.

Revelation 12:7-9
"Then there was war in heaven. Michael and his angels fought against the dragon and his angels. And the dragon lost the battle, and he and his angels were forced out of heaven. This great dragon -- the ancient serpent called the devil, or Satan, the one deceiving the whole world, was thrown down to the earth with all his angels." ( NLT)

In this account, Michael is very clearly described as the mighty warrior archangel who fights against the evil the devil. Satan and his followers are no match for Michael and his angelic army, and they are thrown from heaven, never to return again.

The Michael named in these passages of Scripture, who will ultimately defeat the greatest enemy of mankind, is the same mighty archangel in the spiritual realm who stands to fight for and defend God's people. His obedience to the voice of God is unquestionable, and his victory is sure. This archangel, whose name means 'who is like God,' mirrors the same victorious, warrior spirit that God Himself has toward His children.