Angels Look After the Garden of Eden

The Angels Became the Special Guards of the Garden of Eden 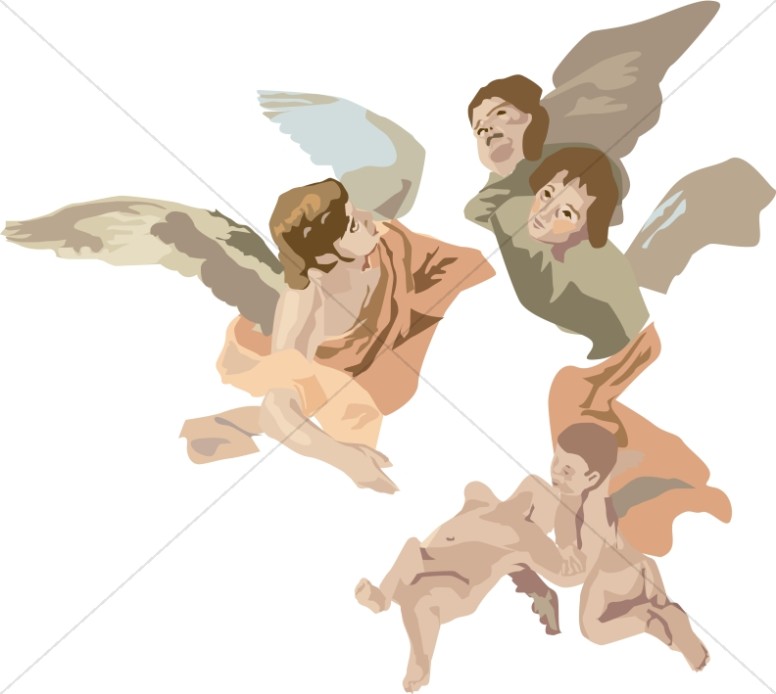 Immediately before the expulsion of Adam and Eve from the garden, the Lord God said, “And now, lest he put out his hand and take also of the tree of life, and eat, and live forever-"” And the sentence is never finished. It is a figure of speech called sudden silence, emphasizing the result as being unspeakable. Had Adam eaten of the tree of life, he would have stayed in an unredeemable state forever. But God, being merciful and having foresight, had a plan. “Therefore the Lord God sent him out of the garden of Eden to till the ground from which he was taken. So He drove out the man; and He placed cherubim at the east of the garden of Eden, and a flaming sword which turned every way, to guard the way to the tree of life.” (Genesis 3:23, 24)

The cherubim were created by God, part of the angelic host who serve God continually. There is no description in the Bible, except when used in decoration. Golden cherubim adorned the Mercy Seat on the Ark of the Covenant, at God's request (Exodus 25:18-22; 1 Kings 6: 23-28; Hebrews 9: 5) and are mentioned in the visions of Ezekiel (Ezekiel 10; and 11: 22). Nothing more is known about them, but there is no reason to doubt their existence. Hebrews 1:13, 14 refers to some angels as ministering spirits, “sent forth to minister for those who will inherit salvation,” commonly called guardian angels, and Hebrews 13:2 speaks of unknowingly entertaining angels.

Throughout the Bible, God dispatched angels for specific assignments, defending God's people and delivering messages. In the case of Adam and Eve, there simply was no one else available. Similar to the angels inside and outside at Jesus' tomb after His resurrection, or the angels that appeared to the 11 apostles still staring up after watching the ascension, God assigned special cherubim, and a flaming sword, or sword of fire, “to guard the way to the tree of life.”

The tree of life is used metaphorically four times in Proverbs: Wisdom, the fruit of the righteous, desire, and a wholesome are all called a tree of life. (3:18; 11:30; 13:12; 15:4) But the tree of life of Genesis again appears in the book of Revelation, the complement to Genesis. “To him who overcomes I will give to eat from the tree of life, which is in the midst of the Paradise of God.” (2:7) In the New Jerusalem, God again provides the tree of life. “In the middle of its street, and on either side of the river, was the tree of life, which bore twelve fruits, each tree yielding its fruit every month. The leaves of the tree were for the healing of the nations.” (22:2) Ezekiel 47:12 also speaks of “all kinds of trees used for food; Their fruit will be for food, and their leaves for medicine.”

Finally, in Revelation 22:14, “Blessed are those who do His commandments, that they may have the right to the tree of life, and may enter through the gates into the city.” This tree, wondrous and supernatural, is something God insisted on protecting. After Adam and Eve were expelled from Eden, God designated two of His finest to safeguard the path until the appointed time, when again His people will be ready to receive the blessings and benefits of the tree of life