×
Who Was Mary Magdalene?

Who Was Mary Magdalene?

Mary Magdalene is Forgiven and Delivered 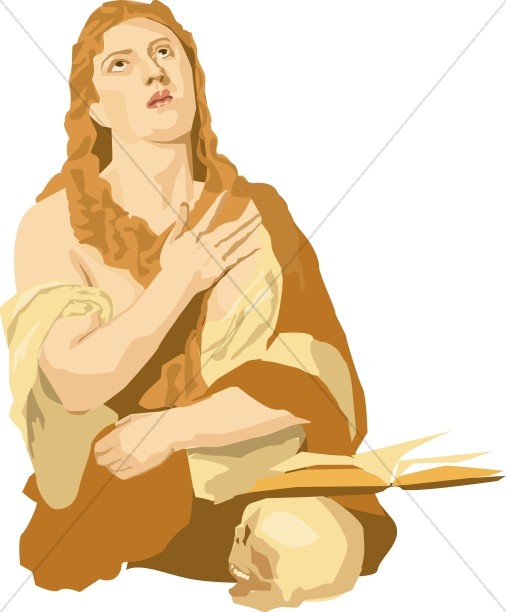 Mary Magdalene lived in quiet desperation. The woman God created was lost somehow, hidden within a body held captive by the influences of Satan. Mary must have known she was not like other women. She was unclean, and unprotected. The devil's child.

Perhaps like the demoniac of the Gadarenes, she displayed physical evidence of being demon-possessed, with wiry hair and wild eyes. Or worse, she may have appeared normal, but lived as a recluse, taunted by voices in her head and tortured by evil nightmares. But Jesus saw into her heart. He heard her cries for freedom. Regardless of the way Mary Magdalene may have appeared, Jesus delivered her of seven demons, and she never looked back.

Caught in the act, the woman was yanked from the shadows of the bedroom. Perhaps she was dragged by her hair, naked and afraid, through the streets of Jerusalem. Jesus was teaching the crowd at the temple. Meanwhile, the Pharisees wanted to test him in the Law of Moses that called for stoning someone caught in adultery.

The power-hungry scribes and Pharisees threw the immoral woman down before the crowd, at the feet of Jesus. Perhaps she remained face-down before Him in shame, knowing that her sins deserved death. The Pharisees were quick to judge, but Jesus knew that the woman longed to be set free from her sinful life. When all her accusers had departed in silent conviction, Jesus gave the woman the key to her deliverance: go and sin no more. He was giving her a second chance at life, but it meant that she had to abandon her sinful practices and never pick them up again.

The woman who fell at the feet of Jesus wept bitter tears over the life she had lived since her youth. She had a reputation for being a sinful woman, and was despised and avoided by others. But she knew who could set her free. She entered the house of the Pharisee, knowing that Jesus was there. With her face streaked with tears of sorrow and remorse, she opened the alabaster flask and poured its precious contents over the feet of her Savior. Then she wiped them with her hair. At her selfless act of repentance, Jesus spoke tender words of forgiveness. His voice opened her once-dormant heart and allowed her inner beauty to come forth. She had once known worldly brokenness. But the immoral life that had once held her captive was behind her now, never to return.

While some Biblical scholars believe that the woman in each of these accounts is Mary Magdalene, the message rings clear: God loves a broken and contrite heart. No one knew this better than King David who was broken over his sin with Bathsheba. More than 1,000 years before Christ cast out seven demons from Mary Magdalene, or pardoned the adulteress, or forgave the sins of the woman with the alabaster flask, King David wrote with his own hand: "The sacrifices of God are a broken spirit, a broken and a contrite heart. These, O God, You will not despise." (Psalm 51:17, NKJV)

In each of these Biblical accounts, Jesus saw into the heart of the woman, recognized her need for a Savior, and gave her the opportunity to leave her sin behind. And in each account, the woman gained her freedom through repentance.

Repentance implies spiritual brokenness, a humility caused by the realization of the depth of a sinful life. True repentance is sorrow for the effects sin has had on others, including the heart of God. For example, to know that a sin caused the break-up of a family, or had a negative influence over an innocent child, or even caused the death of another person, brings the truly repentant person to their knees. It is not just feeling sorrow for the consequences incurred. It is an inner grief that produces a willingness to renounce and turn from the old way of life.

Mankind has suffered under the effects of sin since the fall of Adam and Eve in the Garden of Eden. But that sin does not have to have a permanent hold on the sinner. Through the blood of Jesus Christ, one can be forgiven for their sin, and given the chance to live a new life as a child of God.