×
Paintball as a Youth Group Activity

Paintball as a Youth Group Activity

The Rules and Basics of Paintball 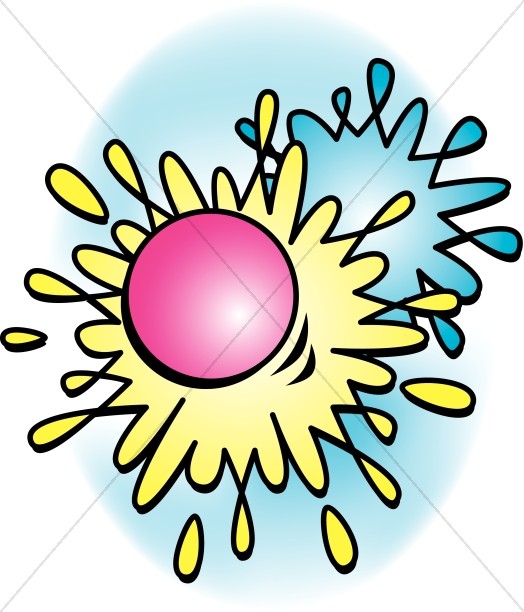 A player crouches behind a fallen tree, watching for the opponent hiding across the clearing to appear again. Slowly and carefully, the player creeps closer to the target, unseen. Now, wearing a camouflage face mask and shirt, they both wait anxiously for the perfect shot. They need to shoot and eliminate the opponent before the opponent shoots first. Suddenly, the opponent darts out of his hiding place and the other player fires. The opponent gets stung in the arm by the tiny paintball, and eliminated from the game. The player moves on to track the next victim, watching for other hidden ambushes along the way.

This game of strategy and adrenaline, called Paintball, is the perfect all-day activity for any youth group. The only skills necessary are the ability to hide and seek, and aim and shoot.

Played by more than 5 million people in the United States each year, Paintball has become increasingly popular in the last 20 years. The object of the game is for each player to shoot as many opponents as possible before they themselves are tagged. There are various tournaments and military simulation games for the avid players, with players donned in full attire and expensive, professional equipment and accessories. But for a youth activity, only the basics are needed.

Players are required to wear special safety masks to protect their eyes, ears, nose and mouth from flying paintballs, which are provided by the Paintball facility. Some masks even come with a throat guard, though are not necessary for recreational purposes. The paintball guns called markers and CO2 canisters are also provided. To aid in hiding, camouflage clothing is recommended. Padded clothing, however, is not, because the paintballs cannot break on impact, which defeats the purpose of elimination.

The clothing worn for this activity should be durable. The game is played outside, usually in specially designed, wooded playing fields, and the players are in constant contact with trees, shrubs and dirt. Shoes should provide good ankle support and have tough soles and good tread for fast and easy maneuvering on uneven, rocky, or sometimes muddy ground. Paintballs are spherical gelatin capsules that are filled with non-toxic and water-soluble substances, and dye or paint. The contents are found in foods, although they taste awful. Upon impact, the capsules break, leaving a paint splash on the clothing of the victim, thus eliminating them from the game. Nevertheless, the dye should easily wash out of most clothing.

The paintballs are shot from markers that often resemble real firearms, coming out of the barrel at a speed of nearly 300 feet per second. This is the maximum speed allowable, a rule that is strictly enforced in all paintball fields. The paintballs do sting on impact, though they usually cause no more than minor surface bruising. However, paintballs are not to be shot point blank, as they can cause severe injury.

The cost for this kind of event can vary, depending on the Paintball facility used. Typically, a flat fee is charged per person with a large group, with $20 to $30 being a reasonable cost, which includes the rental of all necessary equipment, a fair amount of paintballs per person, and an all-day pass to the playing field. Having a count players ahead of time can help the event facilitators estimate the cost per person, including any gas needed to and from the field if it is located outside of town.

While it may seem like a dangerous sport, it is in fact a safe activity, if each player follows the guidelines and field rules. If handled correctly, Paintball can prove to be a highly competitive yet fun and adventurous sport for any youth group.