Learning the Basics of an Exciting Sport 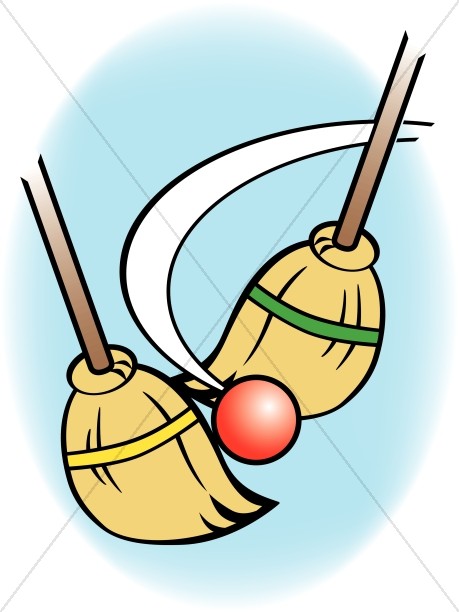 A high impact, full contact sport not only fuels the competitive spirit of youth, but also provides hilarious entertainment, and picture-perfect moments, especially when played on ice. At any given moment, one competitor runs for a goal but slides across the rink and slams into the glass wall instead. Or another tries to get the ball away from the opponent but their feet fly out from underneath them and they hit the ice. But those who fall usually are able to get back up, both uninjured and laughing.

What might look like a dangerous sport is nothing more than pure fun with rushes of adrenaline. This exciting activity is called Broomball and considered a great way to bond a youth group as it promotes both teamwork and camaraderie by combining healthy competition with wild icy escapades.

Broomball is typically a winter sport played on ice, although it can be played any time of year at an indoor rink. It combines both hockey and soccer, and is played by two teams of six to eight competitors. With a large youth group, a Broomball tournament can be easily organized so that the teams can be rotated in order to include everyone. The mission is for each team to score more goals than the opposing team. This sounds simple, but is extremely challenging due to a few details.

First, instead of a hockey stick, each player uses a tool that looks much like a broom, a stick with a molded rubber triangular head attached to one end. Also, instead of a hockey puck, the game requires a six-inch rubber ball, a much more difficult item to maneuver in ice. Lastly, rather than wearing ice skates, each player wears their tennis shoes. Those with spongy rubber soles have more traction. Those with hard soles cannot get enough traction to stay upright on the ice. That is where the spectator entertainment comes in. Most ice skating rinks allow the rental of at least half of the facility, which should be reserved for a two hour time slot. This can help keep the overall cost down, since a $5 fee is a reasonable price to charge for this event. Snacks and drinks are usually available at the rink's concession stand, or a party room can be rented and parents or coordinators can volunteer to bring food and drinks for the players.

The inception of Broomball is somewhat obscure. The original game is said to have started in Canada as a recreational activity played by streetcar workers in the early 1900s. Players used a small soccer ball, and a corn broom that was dipped in water, frozen and then taped solid. Broomball eventually migrated into the United States, becoming a competitive sport in Minnesota during the 1930s. The first official Minnesota state tournament took place in 1966. (http://www.usabroomball.com/history.cfm.) Unlike its original form, the game is now played with full Broomball equipment, including shin guards, helmets, face masks, gloves, specially designed shoes and miscellaneous gear.

Ice rinks that allow broomball usually provide all the basic equipment such as goal nets and sticks, pads and helmets. However, players bring their own shoes. But most of all, parents and other spectators bring their cameras and camcorders. The action by inexperienced and precarious players makes for great still shots and hilarious videos for years to come.