Bible study on the gospel of Matthew 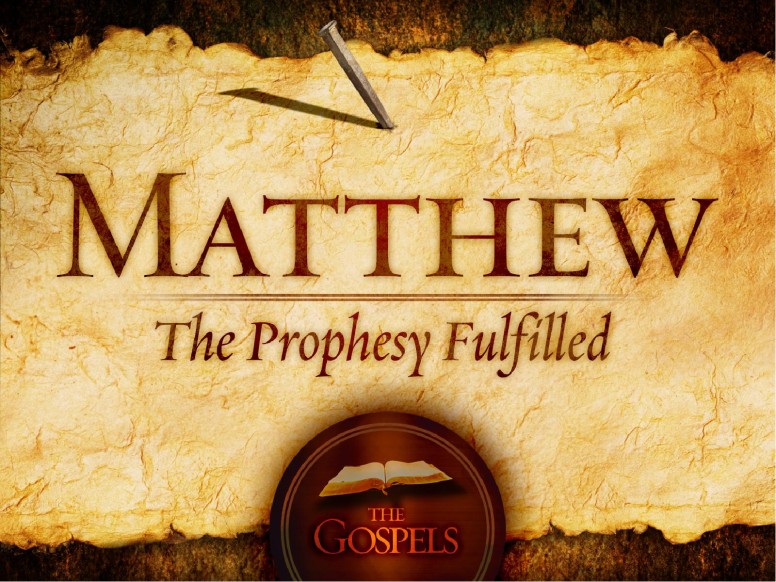 The book of Matthew is the first book of the New Testament, and is also the first of the four Gospels. Nearly all scholars accept Matthew as the author, but the message of the book is unanimously acknowledged: Jesus is the King. The phrase "kingdom of heaven" is used 33 times in Matthew, emphasizing not only the existence of a government outside of the administration of the priests, scribes and religious teachers, but also that Jesus, who is proven as the Son of David, is the King over that kingdom.

It had been more than 400 years since the people of Judah had returned to Jerusalem from their exile to Babylon. During that time, the leaders of Israel had grown accustomed to their position of authority, and had poisoned the people's perspective of God and His laws. But the arrival of Jesus, who fulfilled the law that they fought so desperately to keep, weakened their spiritual power they held over Jerusalem. Someone greater had come to claim His place. Just as the prophet Jeremiah had prophesied: "Behold, the days are coming," says the LORD, "that I will raise to David a Branch of righteousness; a King shall reign and prosper, and execute judgment and righteousness in the earth." (Jeremiah 23:5, NKJV)

The book of Matthew not only proves that Jesus was the long-awaited Savior, but also proves that He was the Son of David. In chapter one, Matthew begins his narrative with the genealogy of Jesus, beginning with Abraham. This genealogical listing is called the Regal, or Royal line. The bloodline begins with Abraham, the first of the great patriarchs through whom began the covenantal promise that one day all the nations of the world would be blessed.

From the beginning, God's redemptive plan for mankind included a way for all the nations to come to him. Through Abraham came Isaac, and then Jacob. From Jacob came the 12 tribes of Israel. Through the tribe of Judah came King David. Through David's son, Solomon, came Jesus Christ. And finally, through the unifying blood of Jesus Christ, all mankind could be reconciled to God.

This truth was brought into the light through perhaps the most confrontational verse in the entire book of Matthew: "Therefore I say to you, the kingdom of God will be taken from you and given to a nation bearing the fruits of it." (21:43) Jesus was speaking to the chief priests and the elders among the people of Jerusalem, and his message was clear: The Messiah that they were rejecting will be given to those whom the leaders despised, and they will accept Him as King.

Some of the best known sections of the book of Matthew are the Beatitudes, found in chapter five; the crucifixion, death and burial of Jesus found in chapter 27; the resurrection found in chapter 28, and finally what is called the Great Commission: "Go therefore and make disciples of all the nations, baptizing them in the name of the Father and of the Son and of the Holy Spirit, teaching them to observe all things that I have commanded you; and lo, I am with you always, even to the end of the age." (28:19-20)

In the next book of the New Testament, another dimension of Jesus and His ministry is revealed through the writings of Mark.