Bible study on the book of Malachi 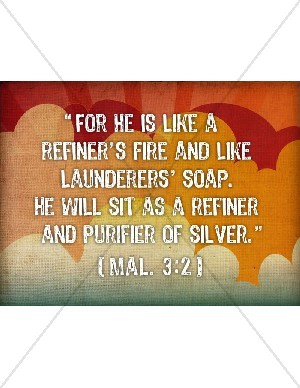 The prophet Malachi was the last of his kind. While he spoke the message of the Lord to the nation of Israel as a whole, there was no prophetic voice after him for nearly 400 years, until the arrival of John the Baptist. During Malachi's brief ministry, he clearly stated the sins of the people, and warned them that judgment was certain if they did not change.

On returning from Bablyopn, Nehemiah and Ezra acted as leaders. Unfortunately, the reforms they began did not change the hearts of the people who became careless in their dealings with each other, and with God. They had forsaken the faith of Abraham, and the Law of Moses. They had forgotten that their exile was caused by their rebellion. And what's worse, they were oblivious to their spiritual decline.

In Malachi's opening statement, he declares God's unchanging love for Israel. They were His specially chosen people. But despite their position, they lacked the obedience and honor that a chosen nation should demonstrate. And Malachi spoke first against the priesthood. The priests were called the messengers of God. It was their responsibility to know and teach the laws of God and hold the people accountable to them. In these laws, God had specific regulations regarding sacrifices. But the priests were allowing the people to bring defiled animals as sacrifices to God.

As spiritual overseers, God held the priests accountable not only for their own sins, but the sins of the people. By allowing God's altar to be defiled, they were not honoring the Lord in the eyes of the people, and were harboring poor attitudes and spiritual complacency in their hearts. Because of this, their judgment would be sure and severe.

As for the sins of the people, they were no better than the Godless pagan nations that surrounded them. They were approaching the altar with tears, weeping over the sacrifices that were not accepted by God. Yet in the privacy of their homes they were treating their wives with contempt. They were not remaining faithful to the wives of their youth, being quick to divorce them in order to marry pagan women who served false gods.

God, in his rebuke, specifically stated that he hates divorce, stating it made a mockery of what should be treated holy. It tore the covenant relationship between the man and his wife, staining their spiritual garments with blood. And it was not producing godly children, which was God's desire for marriage. But because of broken families and the intermarriage with foreign women, Israel was destined to lose more and more their spiritual connection with God with each passing generation.

Yet despite their wavering heart, God had not changed. (3:6) He still loved His people but hated their sin. He still promised to honor obedience, and still swore to punish disobedience. Because of this, Malachi called the people to repentance, stating that if they returned to God and quit their sinful practices, He would return to them.

The prophet Malachi, being severely burdened with the condition of the people, cried out against such depravity, calling them to a life of obedience to God's laws. Though they were a wayward people, God still longed to open the windows of heaven for them. He wanted to pour out a blessing so large that there would not be room enough to receive it. (3:10)

After the prophecies of Malachi, there were 400 years of silence. It was as if God had taken a bow and exited stage right. But it merely was the silence before the storm. All of heaven was about to break lose, bringing forth the long-awaited Messiah. In the book of Matthew, the first book of the New Testament, the promise that God made thousands of years before in the Garden of Eden was finally fulfilled.