Bible study on the gospel of Luke 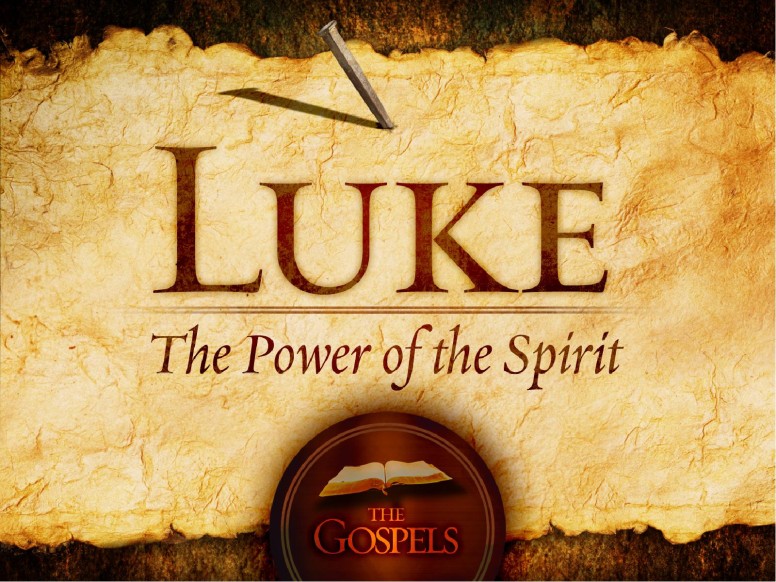 While it is clear that Jesus was the Son of God, the book of Luke reveals His humanity in His life and ministry. He was conceived by the Holy Spirit but born of a woman. He was named the "Branch of righteousness" (Jeremiah 23:5), and yet he grew and matured like any other youth. Jesus came to fulfill the law, and yet he opened blind eyes to see, and deaf ears to hear, the heart of the law as God intended it for man. But Jesus' most incredible act as both the Son of God and the Son of man was His death on the cross.

The book of Luke, along with the book of Acts which was also written by Luke, makes up nearly a quarter of the New Testament. There are events and information recorded in Luke that are not in any other gospel book, such as the angelic announcement of the birth of Jesus to the shepherds, and many of parables Jesus taught, including Good Samaritan, the Lost Sheep and the Prodigal Son. But more importantly, the book of Luke was written from a perspective that is not shared by any other gospel book, as revelation from God and from witnesses rather than from first-hand experience.

Luke was a physician who eventually became a close associate of the Apostle Paul. He never walked with Jesus personally, but his book gives the records of Jesus' ministry in an accurate and orderly fashion, as if he had been there. Luke carefully and purposefully wrote his book in such a way that those who read it could have an accurate, complete record of the events that took place during the life and ministry of Jesus Christ. And his emphasis was clear: Jesus Christ was the Son of God who came as a man. And this man came for a specific purpose: "The Son of Man has come to seek and to save that which was lost." (Luke 19:10) Throughout His ministry, it was evident to Jesus that the priests and religious teachers of Jerusalem did not know just how lost they were.

Jesus Christ referred to Himself as the Good Shepherd. (John 10:11) And the people of Israel were likened to sheep without a shepherd. He wept for Jerusalem, wishing to gather her children to Himself as a mother hen gathers her chicks beneath the protection of her wings. (Luke 13:34) But they rejected Him from the start. However, the death and resurrection of Jesus united His desire to lead His people with their need to be led. In fact, in Luke 9:22-27, Jesus spoke of His imminent death, but knew that there were those who would not believe.

By their standards, the priests, scribes and religious leaders had all the answers. They knew the law, they followed it to the letter, and they believed they were children of Abraham, and therefore living under his covenantal blessings. But throughout His ministry, Jesus blasted the leaders of Israel, calling them such things as "brood of vipers" (3:7), "Hypocrites." (11:4), and "foolish ones" (11:40). His intention was not to reject His people, but to point out that those who come to Him are not to come with misplaced pride and superficial knowledge, but as little children, with honest humility and an open heart to seek and learn. (Luke 18:16)

Like the other gospels, Luke records the crucifixion and resurrection of Jesus>. However, the book also includes a story unique to Luke: two men walking along the road to Emmaus. They did not know that Jesus had been raised from the dead, and they were grieving over His death. As they talked between themselves, Jesus suddenly joined them, asking them the reason for their grief. They did not recognize Him, believing Him to be just another man. It was not until they broke bread together that their eyes were opened and they recognized Him to be Jesus, the resurrected Son of God.

In the next book of the gospels, this emphasis of Jesus as the Son of God is continued, written through the eyes of the Apostle John.