Bible study on the book of Jude 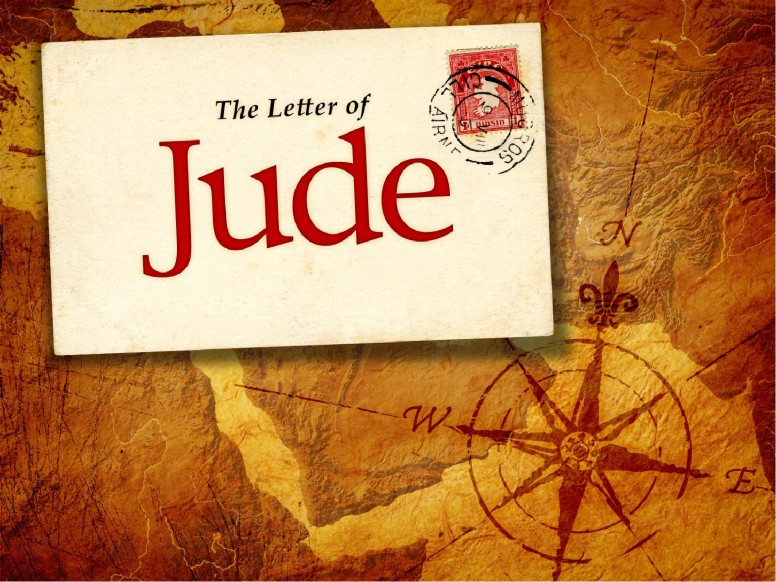 The book of Jude was written by Jude as a letter to an unknown group of believers. Jude identifies himself as the brother of James. Many scholars agree that this Jude was Judas, brother of Jesus, in Mark 6:3. Although the exact identity of Jude is obscure, the similarities between his letter and that of 2 Peter are clear, with the two letters mirroring each other in literary structure. There are many spiritual and verbatim parallels to the book of 2 Peter, with the central theme being a warning against false teachers.

Jude takes great care to expose the workings of these false teachers who had crept into the church unnoticed and were leading God's people astray. While many of them had an appearance of holiness and spirituality, they did not teach the same Gospel nor did they hold fast to the way of truth. According to Jude, these leaders were ungodly men who followed their own lusts and desires. By leading sensual and immoral lives, they took advantage of the grace of Jesus Christ. They claimed that the purpose of grace was to pardon their sins, thus giving them an excuse to continue in the works of the flesh. They defied anyone who tried to correct their behaviors, and spoke evil about those in spiritual authority over them. They were complainers and flatterers, and caused much division among the believers.

Jude likened them to Cain, Balaam and Korah in that they had begun to covertly and forcefully take authority over the members of the church. They apparently gained a following of their own, whom these false teachers persuaded to leave behind the teachings of Jesus and instead pursue their own selfish and evil desires. By doing this, these heretics rallied around themselves an elite group of individuals who deceptively assumed themselves to be in a higher level of spirituality, and justified their actions by claiming to be guided by dreams and visions from the Holy Spirit.

Jude called them dreamers, rainless clouds, fruitless trees, wandering stars and waves of the sea driven by the winds. They were spots, or blemishes in the love feasts of the church, promising spiritual freedom and distinction but only delivering corruption, shame and eternal judgment.

It is believed that these leaders were part of the followers of Gnosticism, a heresy that had began to infiltrate the church during the first century. Several times throughout the epistles, or letters to the church, warnings were given about these spiritually dangerous individuals. It was important for the believers to stay in close fellowship with those who taught the truth given by the Apostles, to avoid being led astray by the craftiness of false teachers.

Often because these false teachers were hidden within leadership positions, it was difficult for members of the church to avoid them, and to even refuse to follow their leadership. But the Apostle Paul, along with the Apostle Peter and Jude, took seriously the opportunities to teach the believers how to identify and deal with the false teachers. Romans, II Corinthians, I and II Timothy, II Peter, and Jude all contain warnings. It was the spiritual responsibility of the believers to discern between truth and deception, to avoid false doctrines and even apostasy.