Bible study on the book of John 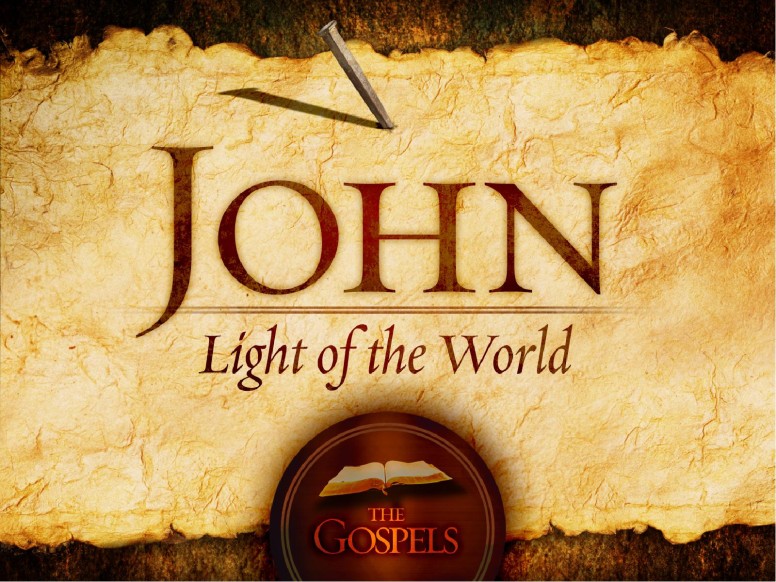 The book of John is different from any of the other three gospel books. While Matthew, Mark, and Luke together make up what are called the "synoptic gospels," or similar points of view, John stands on its own as a unique book of the New Testament. There are multiple teachings written in John that are not found anywhere else, and there are accounts of miracles and personal encounters that are not recorded in any other book. But no other book co clearly reveals the truth that Jesus is the Son of God. This is the heart of the message of the book, and everything recorded in its pages points to this truth.

While the Apostle John may have known of the other gospel books, he chose not to follow their chronological style of writing, as if presenting a screenplay of the events of the ministry of Jesus Christ. Rather, John chose to write his book from a topical point of view, all pointing to the main theme of John: Jesus is the Son of God. This theme is represented in two distinct sections of the book. Chapters 2-12 reveal His public ministry, taking place in Capernaum and Jerusalem, and chapters 13-21 reveal His private ministry, primarily with His disciples.

The public ministry record in John included such things as turning water into wine (2:1-11), teachings to Nicodemus (3:1-21), the woman at the well (4:1-26), the woman caught in adultery (8:2-12), healing the blind man who had been blind since birth (9:1-11), and raising Lazarus from the dead (11:38-44), all of which are not recorded in any of the other gospels. These were both public and private encounters that testified of the divine mission of Jesus.

In contrast, Jesus' private ministry involved mentoring His disciples, the ones who would be responsible to carry on the message of the Good News after His ascension. While the other three gospels record much of his teachings as parables, this does not occur in John. Instead, his teachings are given as discourses. These included such teachings as the promise of the Helper (14:15-18), the Vine and the branches (15:1-8), a heartfelt prayer for both His disciples and the believers to come (chapter 17), and the restoration of Peter after his denials of Jesus (21:1-14), all of which are not recorded in the other gospels.

All of these things combined were intended to point to Jesus as the Son of God, John's reason for writing this book. At the time, Gnosticism began creeping into the church. In order to disprove its doctrinal teachings that there is no flesh but only spirit, John presented Jesus as not only the incarnate Word of God, but also the perfect Lamb of God who bled and died to take away the sins of the world. Although He came in the flesh, Jesus repeatedly pointed to One beyond Himself, the Father in Heaven who sent Him. As stated in John 20:31, "these are written that you may believe that Jesus is the Christ, the Son of God, and that believing you may have life in His name."

In the next book of the New Testament, the birth and expansion of the early first-century church is written through the eyes of Luke, in the book of Acts.