Bible study on the book of Joel 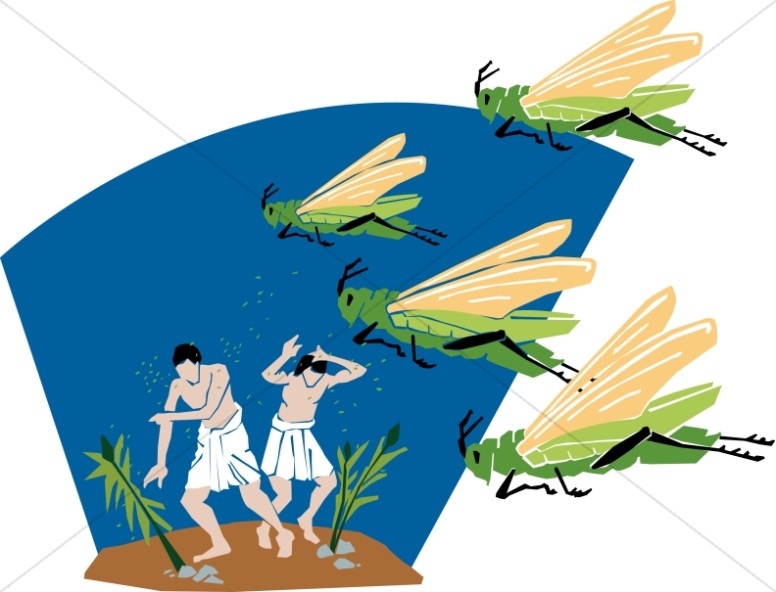 Joel prophesied to the southern kingdom of Judah, during the greatest natural disaster in the history of all Israel. While the exact time of the event is unknown, the effects were devastating and long-standing. A plague of locusts had swarmed the land of Judah and destroyed not only the crops already in the ground, but also the seed for the next planting season. It was like no other event before it, including the plague of locusts that struck Egypt in the day of Moses.

The locusts had completely stripped all vegetation from its branches, turning it from a thriving land to a place of complete desolation in a short period of time. Famine and drought overtook the land. People and cattle suffered and some even died. The disaster was so profound that the only justification Joel could find was that they were suffering God's judgment for their wickedness. Marching like an invading army, the locusts took everything with them, leaving nothing behind.

Centuries before, Moses warned the people. As recorded in Deuteronomy 28:38-42, if Israel disobeyed the commands of the Lord, "You shall carry much seed out to the field but gather little in, for the locust shall consume it. You shall plant vineyards and tend them, but you shall neither drink of the wine nor gather the grapes; for the worms shall eat them. You shall have olive trees throughout all your territory, but you shall not anoint yourself with the oil; for your olives shall drop off. You shall beget sons and daughters, but they shall not be yours; for they shall go into captivity. Locusts shall consume all your trees and the produce of your land." And that is exactly what happened.

The results of such a catastrophe can be difficult for modern believers to fully understand. But for the people of Judah, it meant a total inability to function as both a society and a nation. The loss of crops and vegetation was devastating beyond words. There were no grapes for wine, no grain for bread, no trees for shade, no food for livestock, no produce or grains for offering, and no crops for farmers to tend. There was literally nothing left but a dry, barren wasteland. Everything that the people did, every occupation known to them, was affected in some way.

As bad as it was for the people of Judah, Joel emphasized in his prophecies that the locust plague was nothing compared to the judgment to come. The drone of the locusts was but a whisper compared to the voice of the Lord. "The LORD also will roar from Zion, and utter His voice from Jerusalem; the heavens and earth will shake." (3:16) Knowing that the axe was soon to fall, Joel tried to call the people to repentance before it was too late.

The most inspiring section of the book of Joel is found in chapter two. The prophet looks hundreds of years into the future, when the Spirit of the Lord will be upon all men. Salvation was not to be a blessing only for Judah, but for all men. A time was coming when "whoever calls on the name of the LORD shall be saved." (2:32)

In the next book of the prophets, an unlikely man of God arose from an unlikely location to also speak sense into the spiritual confusion of northern Israel. The prophet Amos also knew of coming judgment and gave Israel an additional opportunity to call on the name of the Lord.