Bible study on the book of Hebrew 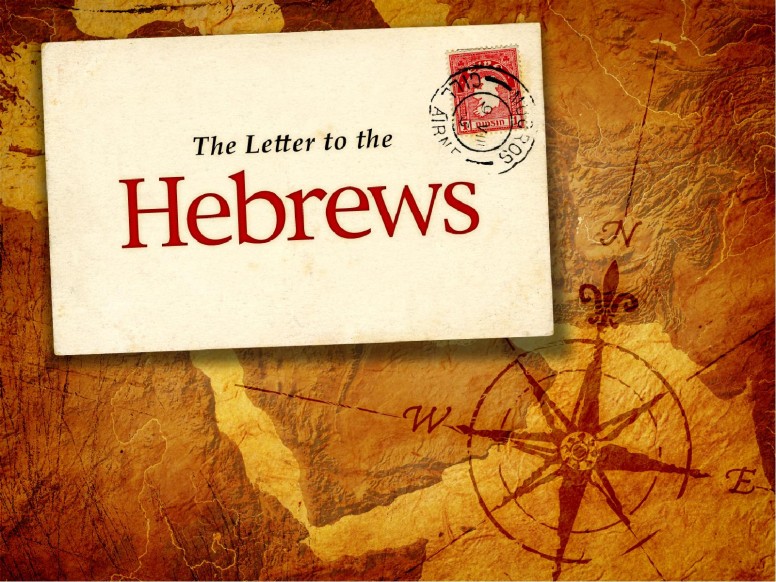 The book of Hebrews was written to a predominantly Jewish community that had converted to Christianity. The book does not identify its author, though many scholars believe the letter to be written by Paul. Others suggest Barnabas or Apollos, but only God knows for certain. As for the Christians, persecution was at an all-time high and their faith appeared to be wavering. With incredible patience and insight, the author of Hebrews walks the faltering believers through a logical sequence of spiritual truths that provide solid proof that Christ is the answer, not the Law.

Regardless of the unknown authorship, the message of Hebrews is clear: Christ has provided a more complete redemption than what was available under the Law. The author begins his letter, in the first few chapters, by pointing out the supremacy of Christ. Christ is higher than the prophets, the angels, the priesthood, and finally over the whole system of Judaism.

Throughout Hebrews, the author gives several warnings against dangers that threatened the faith of the believers. The first is neglect. The logic is simply this: if those who disobeyed the law were severely punished, how much more are those punished who neglect the salvation offered through Christ. God Himself bears witness to the salvation of Christ with signs, wonders and miraculous workings of the Holy Spirit. To neglect such an incredible gift is foolish.

The second warning is against unbelief. The first generation of Israelites whom God rescued from Egypt died in the wilderness for their unbelief. The author of Hebrews was warning the believers against unbelief, a symptom of a hardened heart against God. It was the hard heart of Pharaoh that ultimately brought on the destruction of the nation of Egypt. And it was the hard heart of the Israelites that evoked the wrath of God, who cursed them to die in the wilderness.

The third warning is against the lack of maturity. The believer was responsible for their ability to discern good from evil. This was a sign of spiritual maturity. It was also the believer's responsibility to be diligent in their study of the Word so they did not lack in knowledge of the things of God. But the scope of their knowledge was to go beyond the simplicity of the things of Christ. Doctrines such as baptisms, repentance from dead works, resurrection of the dead and laying on of hands were considered foundational truths. While they are important, the author of Hebrews was challenging the believers to go beyond the foundation into the deeper things of God.

The fourth warning is against turning back. Those who willfully sinned and turned from their faith were subject to an even worse punishment than those who had sinned under the Law of Moses. The author of Hebrews likens that level of apostasy as trampling the Son of God under their feet, treating His blood as a common thing, and insulting the Spirit of grace. (10:26-29) The author's response was that of exhortation to the wavering believers: “But we are not of those who draw back to perdition, but of those who believe to the saving of the soul.”(10:39)

The author of Hebrews successfully communicated a healthy fear of God to the wavering believers. The persecution they were experiencing was very real. But for most of them, their faith had not yet cost them bloodshed, unlike those before them who had been stoned, sawn in two, slain with the sword, destitute, afflicted, tormented, and more, for their faith.

Perhaps the best-known section of Hebrews is chapter 11, called the “Hall of Fame” of faith. This chapter is a listing of men and women who were able to face difficult circumstances and withstand intense opposition because of their unwavering faith in God. From Abraham to Moses, and from Rahab to the prophets, these heroes of faith are recorded as a testimony of the power of believing. All of them died without seeing the promised Messiah, yet they did not waver in their faith. As for the believers of Hebrews, they had received the salvation that the believers of old had been waiting for. For this reason, the author exhorted them to continue in their Christian faith despite the intense opposition, for to turn back to Judaism was unthinkable.