Prophetic study of the book of Daniel 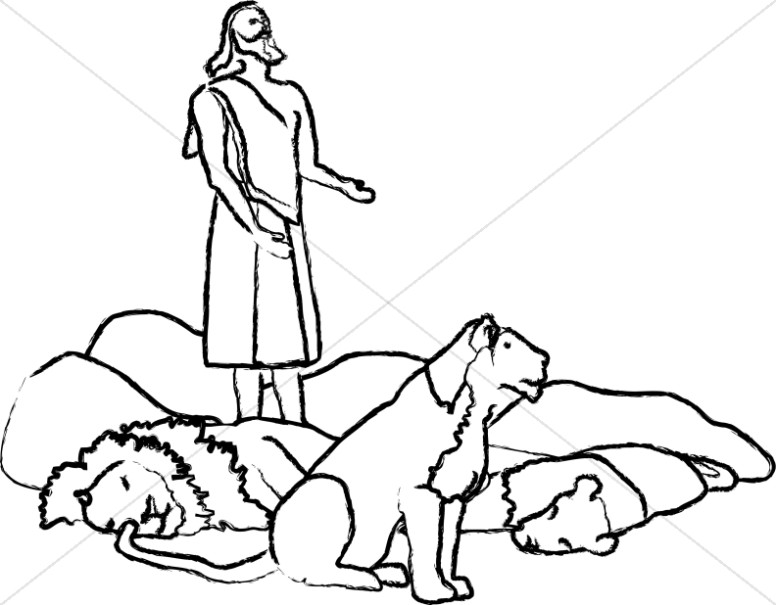 The book of Daniel is often misunderstood for its strange visions and foretelling of future events. Much of its meaning is understandably obscure. But all Sunday School lessons are incomplete without the stories of Daniel in the lion's den, and the fiery furnace. While these stories can bring excitement and wonder to young wide-eyed learners, and are illustrations of incredible faith and obedience under pressure, their importance is only secondary to the overall impact that the prophet Daniel had on the society that he lived in.

The events which Daniel spoke and wrote of had far-reaching influence on the lives of all believers, even in those today. Readers must understand that while some parts of the visions may have already come to pass, much of them are still yet to be fulfilled. God does not want believers to be ignorant of future events, but visions of the future are not to be manipulated into modernized interpretations. God will provide understanding to an honest seeking believer when understanding is required.

God called Daniel in the midst of tremendous political and spiritual upheaval in Judah. The Babylonians were the new rising star, a fast-growing empire that took over much of what is now the Middle East. Under King Nebuchadnezzar, they had conquered and absorbed the entire Assyrian empire, including any whose families were among the captives from the northern kingdom of Israel over a hundred years before.

When the Babylonians then took over the southern kingdom of Judah, thousands more captives were taken, and their political power expanded that much further. Because the Babylonian rule covered such a vast area geographically, and a diverse kingdom culturally, the government included many incredibly skilled individuals. As Babylon's army swept the nations, any eligible captives that were brought back were taken as slaves and trained for service in the government.

These slaves included the strong, the good-looking, the intelligent, the wise and the educated. The best of the best were selected to be taken to the king's courts where they underwent three years of training, which included education in the Babylonian culture, language, religion, along with political policies and protocol. In addition, they were given rich delicacies and wine from the king's own supply.

Daniel was just a youth when he was taken captive from Judah. He and three others, who were later given the Babylonian names Shadrach, Meshach and Abednego, were among the slaves that were brought to the king's courts. But Daniel and his friends chose not to defile themselves with the rich foods provided. Instead, they requested a diet of vegetables and water. As a result, they proved to be better than all of those who partook of the king's food. In fact, when the king interviewed them, in all matters of wisdom and understanding about which the king examined them, he found them ten times better than all the magicians and astrologers who were in all his realm. (1:20)

This was just the beginning for Daniel. This level of discipline allowed him to stand against the evils of the pagan Babylon. It also prepared him for the incredible revelations of the future that God would entrust him with. And Daniel's knowledge of government and political workings proved to serve him well in understanding the prophetic messages concerning the rise and fall of future kings and kingdoms, including Babylon, Greece, Persia, Egypt, Rome, and the like.

Daniel was able to receive the interpretation of King Nebuchadnezzar's dream of the great image of various elements, and was able to understand its significance to the Babylonian empire as well as future empires. Under the reign of the next king, King Belshazzar, Daniel was able to interpret the writing on the wall and understand its significance in the life of the king. And Daniel was able to withstand the pagan-inspired laws of man in order to obey the commands of God for prayer and fasting, even when threatened with death. Perhaps the most beautiful section of the book is Daniel's intercessory prayer in chapter 9.

Daniel knew how long the judgment of Judah would last from the messages of the prophet Jeremiah. Therefore, he knew that the time was nearly ended. Out of all the visions he had received from God regarding future events, the most significant was the fulfillment of God's promise of restoration of His people. Daniel's prayer included grief over the sins of the people, recognition that their sins caused the Babylonian exile, and a desire to see the Word of God come to pass. In response, the archangel Gabriel comforted Daniel with the recurring promise of the coming Messiah.

Here the prophetic books makes a shift spiritually and geographically, moving to the northern kingdom of Israel under the ministry of the prophet Hosea, who allowed his life to be a vivid example of God's love for His people.