Bible study on the book of Colossians 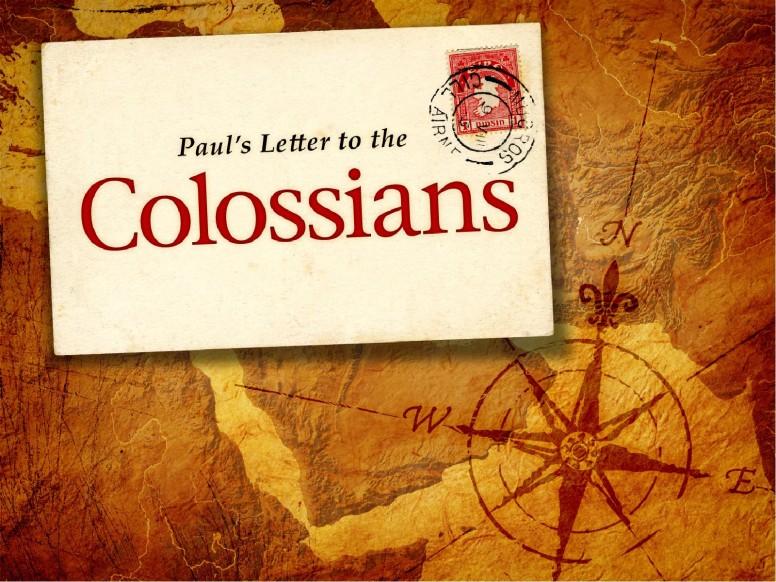 The book of Colossians was written by the Apostle Paul during the first century. The letter was written to the church in Colosse, a city located about 100 miles east of Ephesus. It appears that Paul never visited Colosse, but their faith became known to him. Though he was not a part of their spiritual birth, he remained a significant part of their spiritual growth, as is evidenced by his letter to them.

With only three chapters, the book of Colossians is filled with fundamental truths related to Christian doctrine, and mirrors much of the teaching in Ephesians. The first two chapters focus on the truth that a believer's perspective should be filtered through Christ. There were three major threats to their spiritual lives that Paul wanted them to be aware of: philosophy, legalism and carnality.

In regards to philosophy, Pau's concern was that there were those who wanted to lead the believers in Colosse astray with empty deceit and knowledge. But Paul's instruction to the Colossians was that in Jesus Christ alone could be found all the treasures of wisdom and knowledge. They were to recognize that they were complete in Christ, lacking nothing. They were to be established in their faith in Christ rather than give ear to worldly principles.

As for legalism, they were not to get wrapped up in the food they ate or drank, or the festivals they chose to celebrate or not celebrate. Paul was warning against false teachers among them who still imposed regulations based on Mosaic Law. But Paul's instruction to them included a reminder that Christ already fulfilled the Law, there was no further need for them to perform works of the flesh to gain favor with God. The self-imposed religious practices held no value in and of themselves, even though they appeared wise and prudent. Rather, they robbed believers of their freedom in Christ.

Finally, as for carnality, there were practices in the spiritual walk of the Colossians that Paul urged them to leave behind. Practices such as fornication, idolatry, anger, filthy language, lying, and such had been creeping into the company of believers. Paul taught them that these things were not characteristics of a new man in Christ.

Having dealt with all of these, Paul then addresses the characteristics of a new man. He instructs them in the things they were to put on, such as forgiveness, humility, love, and tender mercies. They were to feed on and live in the Word, and to let everything they do be done in the name of Christ. Paul further instructed them in the proper roles and relationships of husbands and wives, children, and servants and masters, as well as encouraging them to continue in prayer and discreet behavior. They were to be an example to the unsaved, with gracious speech, and wise conduct.

The book of Colossians sets the standard for the lordship and deity of Jesus Christ, the primary doctrine that had been under attack among the believers at Colossae. The focus of Paul's letter was to bring the Colossians back to the foundational truth that Christ is the head, and everything and everyone else was to fall in line after Him. Paul knew that if this truth was not re-established, all other parts of their spiritual walk would be affected. Christ was to be a part of every area of their lives, and His presence was to be evidenced by their obedience to His words. Paul desired to see the Colossians grow in their faith, and move ahead in their walk with Christ. This desire motivated him to write this letter, one of his most unique and personal communications found in the New Testament.