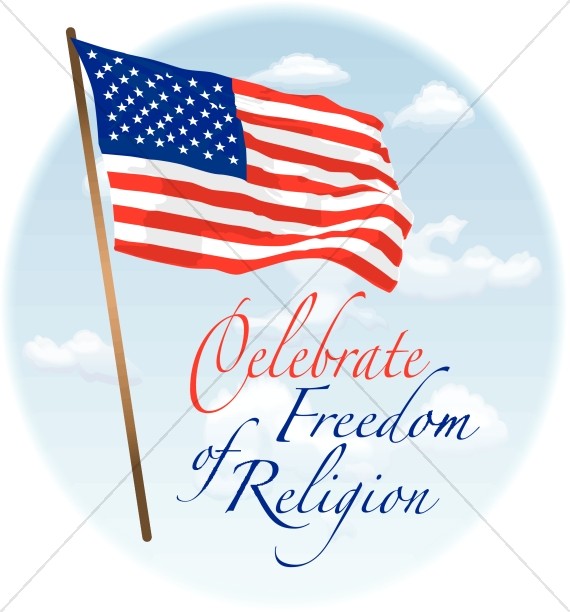 The United States was founded on free thought and the promotion of the marketplace of ideas. The founders fled religious persecution and landed upon American chunk of rock to establish the New World; A new place where religious and political ideas are discussed, a place where one does not live in fear of death and persecution.

Those who live in America are given the privilege of voting and attending any church, school or country club of their choosing -- privileges that many take for granted.

In Islamic nations, non-Muslims can easily die. Recently in India, a community of missionaries and believers were brutally massacred by Islamic extremists simply for living Christian lives. In dangerous countries, Christian have no time for the discussion of various religious ideas, nor do they have time for relativism. The time missionaries are are given is offered to Christ.

In the United States alone, believers are pounded from every side to make Christianity more acceptable and politically correct. This has opened the doors to post-modern blasphemies and false doctrines. This is why freedom in the United States does in fact come with a price. Doctrine has been given over to secularization and compromise. The Bible, however, leaves no room for relativism. The Bible is the ultimate truth. Paul warns his son in the Lord Timothy about the dangers of false teaching.

“Now the Spirit expressly says that in latter times some will depart from the faith, giving heed to deceiving spirits and doctrines of demons, speaking lies in hypocrisy, having their own conscience seared with a hot iron.” (I Timothy 4:1-2)

The fact that Paul feels that it is necessary to address false teaching implies the existence of true teaching. If true teaching exists, then room is given for other interpretations. Many modern-day churches are failing the test of logic on many levels. If the Bible says that truth exists then the interpretation of that truth is not relative. Perspectives on reality do not change the reality.

Cults in the world are usually easy to pick out of the bunch. However false Christian teachers use manipulation and often disguise their cult as Christianity. Many people without theological comprehension fall victim to this malicious and evil practice. This is why doctrine, theology and apologetics are not just for the intellectuals but for everyone who professes the knowledge of Christ.