Bible study on the book of Thessalonians 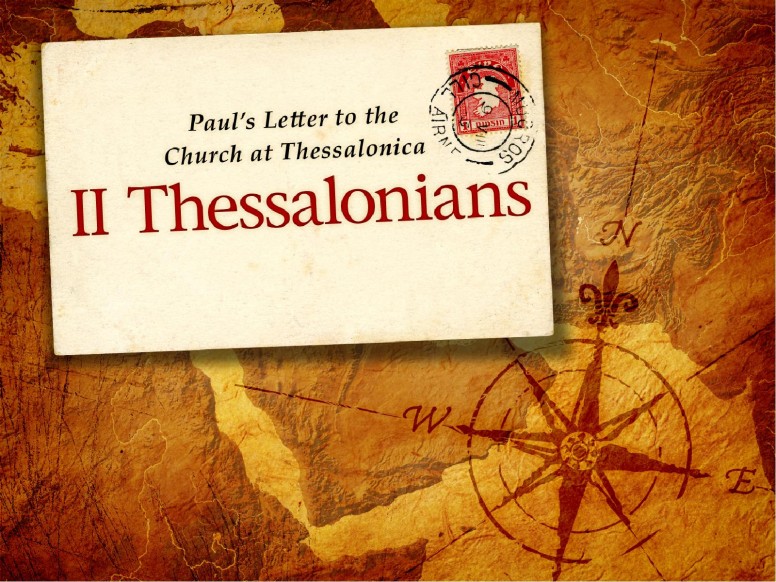 The book of 1 Thessalonians was written as a letter by the Apostle Paul during the first century. It was addressed to the church in Thessalonica, a city located on the coast of the Mediterranean Sea in northeastern Greece.

The church in Thessalonica was birthed during Paul's second missionary journey. After abruptly leaving the church in Philippi, he and his companion, Silas, traveled about 90 miles southwest to Thessalonica, where each Sabbath during the next few weeks he preached in the synagogue. Paul's message to the Thessalonians was nothing like they had ever heard before. With great knowledge and fervor he argued that Jesus was indeed the Son of God, not just the mere carpenter's son from Nazareth. This Jesus was the long-awaited Messiah that had been written about in Scripture. Many of the Thessalonians embraced the message of the gospel. Over time, the church there began to flourish despite Paul's absence.

Paul's second letter to the Thessalonians was written shortly after his first letter, in response to a report that there were still some believers who had mixed teachings and beliefs regarding the gathering together and the coming Day of the Lord. Paul's heart was fixed on their spiritual growth as well as their accuracy in Christian doctrine. So in a brief letter, he took the time to clarify that indeed the Lord's Day had not come yet, and that there were events, or signs, which had to occur before that day.

First, there was going to be a great falling away, when mankind will reach its pinnacle in rebellion against God. At that time, the “son of perdition,” (2:3) or the Antichrist, will arise. He will assert himself to be God, seating himself in the temple of God. (2:4) There were men during the first millennium that arose in political power and proved to be self-proclaimed gods. Antiochus Epiphanes, the monarch who desecrated the temple in Jerusalem in 167 A.D. and two Roman emperors, Gaius Caligula and Domitian, all were tremendously ungodly leaders who violated everything that God represents. Yet as evil as they were, the Antichrist will overshadow their warped power and influence. But Paul, in his letter to the Thessalonians, affirmed that the Lord will consume the Evil One “with the breath of His mouth, and destroy with the brightness of His coming.” (2:8)

In light of the increased opposition and persecution, Paul encouraged the Thessalonians to stand fast in their faith. God had chosen them from the beginning to be partakers of salvation. And God's promise to them was comfort for their hearts and strength in continuing their good work. (2:17)

The revelation found in the letters to the Thessalonians is elaborated upon even further in 1 Corinthians 15, and also in Philippians chapter 3. The End Times was a doctrinal topic that held much mystery and intrigue to the first century Christians. But as previously stated, Paul desired that they understand correctly not only the sequence of events surrounding it, but also the importance of staying focused on what God had already given them to do. Believers were to look forward to the gathering together with eager anticipation, but not at the expense of their life on earth. They were still to pray and seek God and continue fellowship with one another, and even continue their practical, daily responsibilities. And keeping the proper balance was just as important to Paul in the first century as it should be to believers today.