Bible study on the book of 2nd John 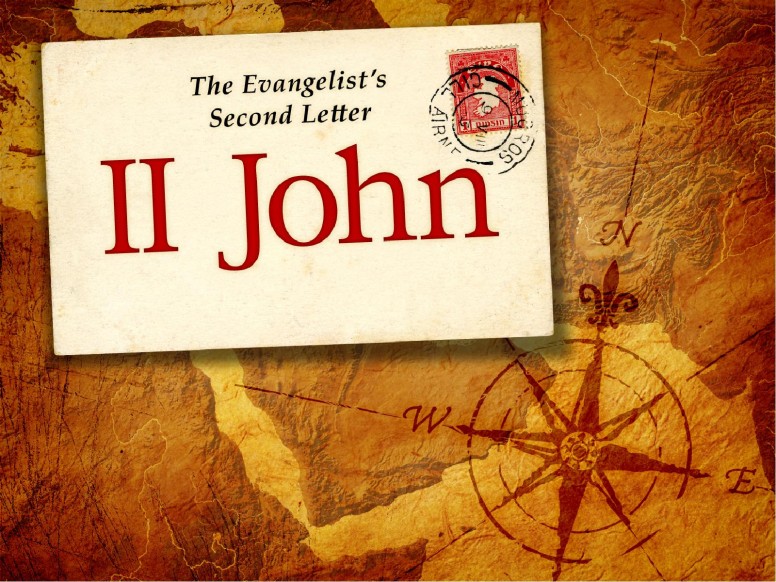 The book of 2 John, like 1 John, does not specify an author, although many scholars agree that much of the literary style of this letter mirrors that of 1 John and therefore concede John as the author. And whether this letter was written to an actual individual or a local church is also unclear. What is clear, however, is that false teachers continued to be a threat to the faith of many, and the author of this letter felt compelled to send a very clear message on how to help prevent the false teachers from fellowshipping with other believers.

Hospitality was an important virtue among the first century believers. They did not have a church building as Christians have today. Instead they met in homes and had worship services that included singing hymns, reading of Scriptures and personal fellowship among the Christian families. Because their services were held in homes, it was not uncommon for families to board traveling believers or even teachers from time to time. While this kind of acceptance of fellow Christians was promoted, it opened the possibility of housing and fellowshipping with individuals who did not hold the same moral and spiritual values.

Unfortunately, false teachers and false prophets had begun to creep into the first century church, bringing with them strange and dangerous doctrines. While they claimed to be followers of God, they held just enough heretical viewpoints to be dangerous to believers who did not have a firm foundation in the Word of God.

For this reason, John wrote his letter of warning. He commended the believers for their acts of faith. Many of them were walking in the truth, and John was exceedingly pleased with them. But while he stressed the importance of showing love to one another, there were to be clear boundaries put in place to protect the flock.

If anyone brought with them a doctrine other than what the apostles had taught, that person was not to be received in the believers' homes. In other words, the heretics were to have no part in the fellowship of God's people. John knew that if the believers were to invite these individuals into their homes, it was likely that they would eventually partake in the same evils that the heretics were immersed in.

Home fellowships were a significant and intimate part of their daily Christian walk. John did not want any open door for the lies of the enemy to come in and deceive God's people. In a sense, he was heading Satan off at the pass. John used his warning to make the believers more aware and more cautious in their dealings with sojourners.