Bible study on the book of 2nd chronicles 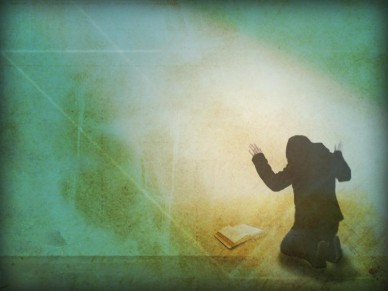 Like 1 Chronicles, this book is made up of two distinct sections. The first covers the reign of Solomon, and the second covers the rise and fall of the remaining kings of Judah. Altogether, 2 Chronicles reveals God's heart toward His people: though they were a rebellious nation who continually rejected Him as their King, He still continued to watch over them, and fulfill His plan of redemption through them.

Just as David's sin with Bathsheba was not recorded in 1 Chronicles, the sins of Solomon were not recorded either. Toward the end of Solomon's reign, many of his foreign wives began to lead him into idolatry. He not only turned his heart away from the Lord, he paved the way for the kingdom to be divided after his death.

But despite this, 2 Chronicles gives God's perspective of Solomon's reign. His success and the success of the nation were based solely on the grace and goodness of God. Scripture states that "Solomon surpassed all the kings of the earth in riches and wisdom." (II Chronicles 9:22) His reign was known as the glory days of Israel. By that point, they had reached their pinnacle of peace, wealth and spiritual orderliness. But soon after Solomon's 40-year reign, both the unity and morality of Israel declined rapidly.

Second Chronicles is much like 2 Kings, recording the succession of kings and events of their reign, including their tragic ends. But 2 Chronicles focuses almost exclusively on the southern kingdom of Judah. It was this line of kings that descended from King David. This line of kings ruled under the promise of an even greater King to come, the promised Messiah. This promise was not shared among the kings of Israel, the northern kingdom.

There were a few Godly kings in Judah who tore down the high places of idol worship and brought the people back into fellowship with God. However, the last few kings who reigned rejected the Lord altogether, permanently sealing the destruction that was to come. Because of God's great love and compassion, He sent numerous prophets to warn the people of Judah of the coming judgment, in hopes that they would turn from their wicked ways. Idolatry had been a stronghold they were not willing to be free from. So the people mocked the messengers and ignored the warnings.

God's wrath was stirred up against His people and there was nowhere to escape. God eventually lifted His hand of protection and handed them over to the new world power that arose from the North: the greatly feared Babylonians. As the book comes to a close, the writer of 2 Chronicles details the events surrounding the fall and utter desecration of Jerusalem, and the dreadful fate of its inhabitants.

King Nebuchadnezzar of Babylon brought the glorious city to its knees. He broke down the walls of Jerusalem, burned the king's palace and all of the people's homes, raided the temple and burned it to the ground, and slaughtered many people by sword. Those who managed to escape the sword were taken captive to Babylon as servants to the king and his princes.

For the sake of His great Name, God does not end the book of 2 Chronicles here. The few remaining verses of the last chapter take the reader 70 years beyond the exile, into the reign of Cyrus, king of Persia. The Babylonian Empire had come to an end and Persia was the new world leader. But these last verses offer a glimmer of hope in the lives of the Israelites. By decree, Cyrus releases the exiles and opens the door for them to return to Jerusalem to rebuild the temple. Though God was angry with His people for a time, He still was a covenant God who had promised to one day bring them back to the Promised Land. This is where the book of Ezra begins.