Bible study on the book of Samuel 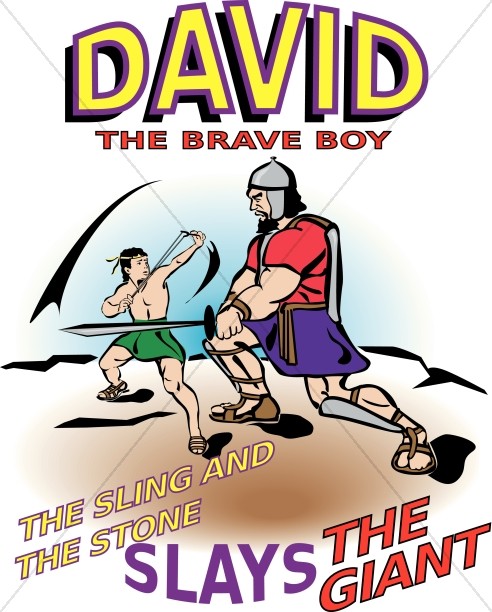 The book of 2 Samuel follows the life and reign of David. God used David to bring Israel back to Himself, and to set the standard for the reign of future kings. Many kings after David were judged by whether they had done what was right in the sight of the Lord according to their father David. But more importantly, 2 Samuel records the personal covenant God made with David for an everlasting kingdom.

King David, the second king of Israel, took the throne after the death of King Saul. David was God's choice for king, and proved to be a mighty warrior who led his army into many victories in battle. David also proved himself vulnerable to human weakness.

David's wealth was great, his army was mighty, his name was well-known among the surrounding nations, and his presence stirred respect and loyalty among his people. He successfully recaptured the Ark of the Covenant from the Philistines and had it carried into Jerusalem. The entire nation was living in the will and blessing of God. Israel was at rest from their enemies, and all seemed well.

Although David was a great king, he lacked in parental skills. David had many sons, all of whom had little guidance or correction throughout their upbringing, making his household a breeding ground for the rebellion and division that arose in the latter years of his reign. David's parental neglect eventually evolved into a lack of personal integrity, causing him to fall into Satan's trap. David was lured by the beauty and availability of Bathsheba, the wife of one of his mighty men who was away at war. Had David been tending to his duties as king by accompanying his army into battle, he would not have been home with a restless mind and too much time on his hands.

After his conquest of Jerusalem, David decided to stay behind while his entire army went on a military campaign. It was a costly mistake. Adultery, murder and deceit followed, and God's anger was aroused against David. He sent Nathan the prophet to confront David, and to remind him that it was God who had made him king of Israel, and that everything he had God had given to him. When David realized the depth of his sins, his heart broke and he immediately repented. God forgave him, but the consequences had already been set in motion. These long-term consequences affected his household and all of Israel.

Many tragedies marked a large portion of David's reign. Not only did he see the death of his infant son born to Bathsheba, but his firstborn son, Amnon, committed incest with his sister, Tamar. Two years later, David's son, Absalom, murdered Amnon. Eventually, Absalom incited a rebellion against his father, taking over the throne and causing David to flee from Jerusalem. The revolt ended with the death of Absalom at the hands of Joab, commander of David's army. The kingdom was restored back to David, but the pain of his loss stayed with him for the rest of his life.

As the book of 2 Samuel ends, David is caught in another of Satan's sinful traps, but this time God gives David a choice of consequences: seven years of famine, three months of fleeing from his enemies, or a three-day plague in the land. David chose the plague. But as the angel of the Lord was poised with his sword to destroy Jerusalem, God restrained his hand.

Nearly 1,000 years before, Abraham had taken Isaac up to that same mountain, Mt. Moriah, and offered him as a sacrifice according to the command of the Lord. But as Abraham's hand was also poised with his knife to slay his son, God restrained his hand, providing a ram as a substitute for sacrifice. Knowing it was God who spared Jerusalem, the beloved city, David purchased the threshing floor of Auranah where the angel of the Lord had been standing. He built an altar there and offered burnt offerings and peace offerings to the Lord, and prayed for the removal of the plague from the land. God heeded the prayers of David, and the plague was withdrawn. It was on that threshing floor that David's son, Solomon, who reigned after him, later built the temple of the Lord.

King David reigned over Israel 40 years. Though his reign was marked with sin and bloodshed, he was still called a man after God's own heart. God loved him as His own son, and redeemed him for the sake of a greater King who was to come, the promised Messiah. At the end of David's reign, he gave all of his wealth for the building of the future temple, and commissioned his son, Solomon, to follow in the ways of the Lord. He paved the way for Solomon to become another of Israel's great kings. This is where the book of 1 Kings begins.