×
The Women at the Tomb on Resurrection Day

The Women at the Tomb on Resurrection Day

Who were the women at the empty Tomb? 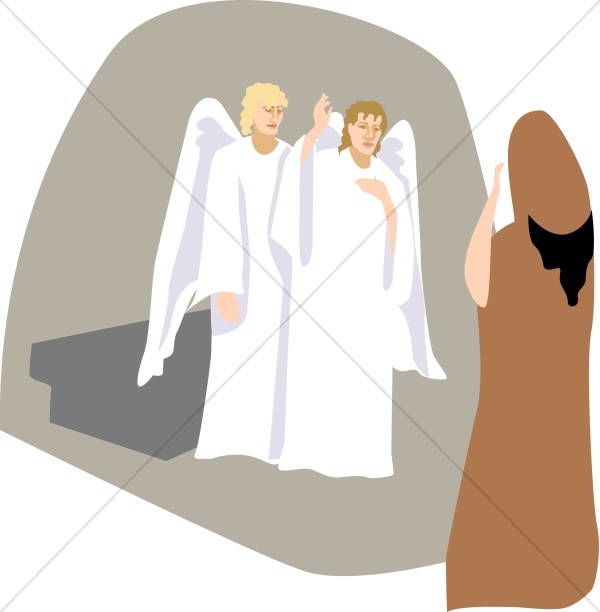 "Why do seek the living among the dead? He is not here, but is risen! Remember how He spoke to you when He was still in Galilee, saying, 'The Son of Man must be delivered into the hands of sinful men, and be crucified, and the third day rise again.'"

The Passover celebration had come and gone, and the Sabbath was over. Life in Jerusalem was starting to return to normal. The week before, there had been a huge uprising in the city. The people had demanded the death of an innocent man, their shouts drowning out the cries of those who loved him. But come Sunday morning, things were quiet again.

There was heaviness in the hearts of several women who had risen early that morning to prepare burial spices. Jesus' body had been quickly removed from the cross before sundown and laid in a tomb without having been prepared for burial. So, on the first day of the week, before the sun had risen, these women made their way to the tomb.

Only days before, these women were standing at the foot of the cross, grieving over the loss. To them, Jesus had been more than a teacher; he was their Savior. He had healed them of their sicknesses, set them free from evil spirits, and given them hope. Each one had received deliverance from the Messiah, and because of it, they believed in who he was. In their eyes, when Jesus breathed his last, the light of Judah was snuffed out.

Each woman had come from a different walk of life. Mary Magdalene was delivered from seven demons. Joanna was the wife of King Harod's steward. Mary's son, James, was chosen as one of Jesus' disciples. Mary, the sister of Lazarus, one of Jesus' closest friends, received his kindness and forgiveness. These, and many other women who are not named in Scripture, all played a part in the ministry of Jesus Christ, and they each had been touched by his love and compassion.

In return, these women dedicated their time and energy to providing for Jesus' needs. Some gave their money. Others provided food and prepared meals. A few had washed his feet. Each woman gave herself completely in service to Jesus, knowing that he had redeemed their life from the hands of Satan.

Not many knew of the women's service to Jesus, but God had been watching. He watched them attend to His son in acts of selfless love. God had been touched by their faithfulness, and He longed to bless them in return. So while the women hurried to the tomb, wondering how they were going to roll the stone away, God was waiting to surprise them.

The women found the stone rolled away from the tomb. They went inside and were greeted by two angels. They were frightened at first, unsure of what they were witnessing. But the words of the angels helped the women to remember what Jesus had once said, "The Son of Man must be delivered into the hands of sinful men, and be crucified, and the third day rise again." They realized then that Jesus had risen from the dead, just as he promised. They also knew that they had been the first to hear the news of his resurrection.