×
The Passion of Christ - Peter's Denial of Christ

The Passion of Christ - Peter's Denial of Christ 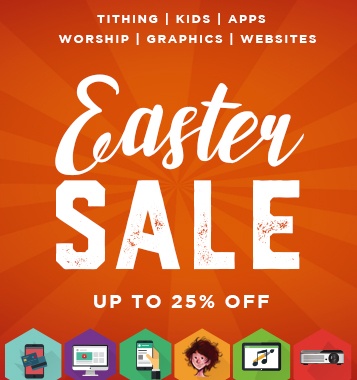 "Then Jesus said to them, 'All of you will be made to stumble because of Me this night, for it is written: I will strike the Shepherd, and the sheep of the flock will be scattered. But after I have been raised, I will go before you to Galilee.' Peter answered and said to Him, 'Even if all are made to stumble because of You, I will never be made to stumble.' Jesus said to him, 'Assuredly, I say to you that this night, before the rooster crows, you will deny Me three times.' Peter said to Him, 'Even if I have to die with You, I will not deny You!'" (Matt. 26:31-35)

"Now Peter sat outside in the courtyard. And a servant girl came to him, saying, 'You also were with Jesus of Galilee.' But he denied it before them all, saying, 'I do not know what you are saying.' And when he had gone out to the gateway, another girl saw him and said to those who were there, 'This fellow also was with Jesus of Nazareth.' But again he denied with an oath, 'I do not know the Man!' And a little later those who stood by came up and said to Peter, 'Surely you also are one of them, for your speech betrays you.' Then he began to curse and swear, saying, 'I do not know the Man!' Immediately a rooster crowed. And Peter remembered the word of Jesus who had said to him, 'Before the rooster crows, you will deny Me three times.' So he went out and wept bitterly." (Matt. 26:69-75)

The subject of Peter denying Jesus comes up frequently in Christian conversations, sermons and teachings, especially during the Easter season. That's because the account of Peter and his betrayal of Jesus is well documented in the Gospels and provides lessons for today's believers.

According to Matthew 26, after the Passover celebration with the disciples -- an event now referred to as The Last Supper -- Jesus instituted the act of communion. In keeping with the holy moment, the group sang a hymn. Soon after, Jesus and the disciples went to the Mount of Olives where Jesus warned them that trouble was ahead. He turned his focus on Peter, predicting that Peter would deny Jesus and that as a sign of that betrayal, a rooster would crow three times.

In the next several verses, Jesus leads Peter and the two sons of Zebedee to the Garden of Gethsemane. Jesus tells the three of them that his soul is sorrowful and requests that they stay and watch with him. Jesus steps away to pray, but upon his return, finds them asleep. At this point, Jesus is concerned that they failed to keep watch, and in verse 36, he gives them a strong warning. "Watch and pray so that you will not fall into temptation. The spirit is willing, but the body is weak." When Jesus returns after a second time of praying, he finds Peter and the sons of Zebedee asleep again.

In Matthew 26:69-75, the prediction Jesus made while in the Mount of Olives came true. Peter first denied he was a disciple of Christ to two girls who said they recognized him, then to a group of people who overheard his Galilean accent and made the same conclusion. Peter was so concerned for his personal safety that the Bible says he cursed and swore that he didn't know Jesus. Immediately, the rooster crowed three times and Peter remembered the words of Jesus. Scripture says that he wept bitterly when he saw his sin.

Peter's sorrowful reaction was proof that he was truly remorseful. Though Jesus had predicted it, Peter hadn't expected to betray the Son of God, nor was it in his character to do so. However, Peter suffered from a sudden weakness in his flesh that caused him to stumble, which is why Jesus had said, "The Spirit is willing, but the body is weak."

Peter's betrayal was temporary. Jesus knew of it ahead of time and forgave him even before it happened. The sinful mistake did not disqualify Peter for service, but instead, God used the incident to teach Peter the importance of praying and watching, and He uses it to teach modern-day believers the same thing.

Later in Scripture, Peter gets filled with the Holy Spirit and during his first sermon won 3,000 souls to Christ. From that point on, Peter was the leader of the 12 apostles of Christ, proving the words spoken by Jesus in Matthew 16:17: "And I also say to you that you are Peter, and on this rock I will build My Church, and the gates of Hades shall not prevail against it."